Using number lines is one of those topics that are often taken for granted in the elementary and middle school curriculum. Number lines, as a form of representation, help students learn about and explain their developing reasoning about numbers. They allow for coherence across the curriculum, as students deepen their knowledge of the number system and continue to use this familiar representation in increasingly sophisticated ways. The download for this post includes an exhaustive list of ways the number line should be used at each grade level. 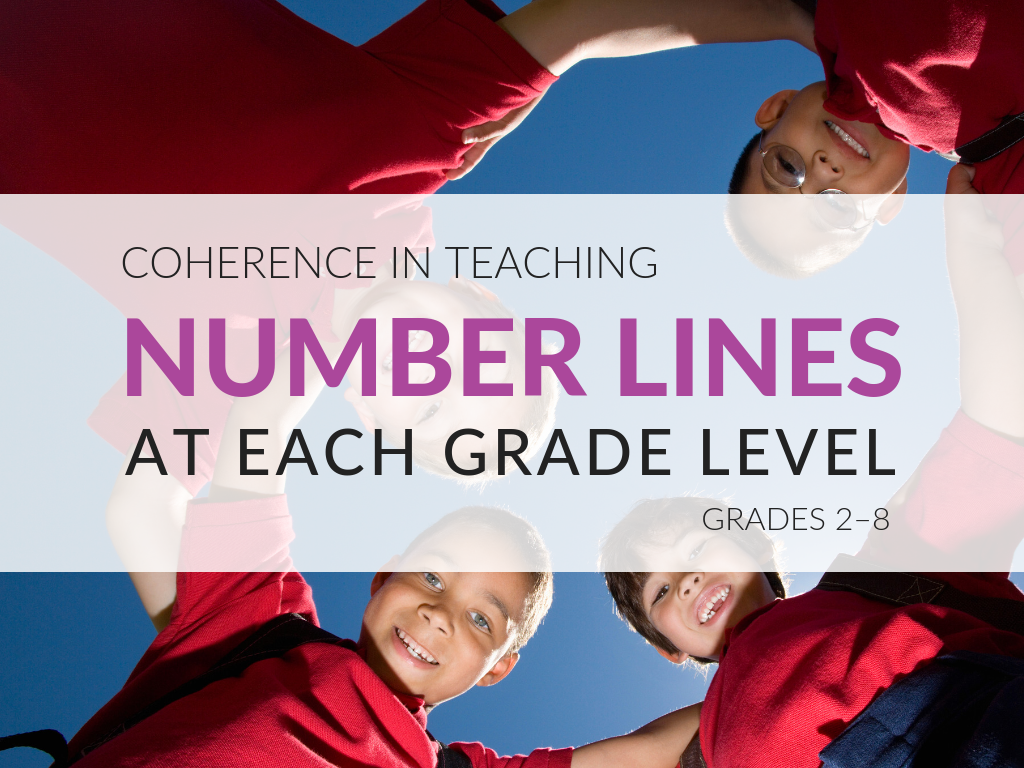 It is useful for teachers, math coordinators, coaches, and administrators, so that they can discuss the use of number lines, and will thus know what needs to be taught (and what does not need to be taught) at each grade level.

If you are a grade-level teacher, it can help you understand what came before your grade level and what comes after it. If you are a coach or a supervisor, you can use the guide to initiate cross-grade discussions about the use of number lines in order to create coherence in the curriculum. 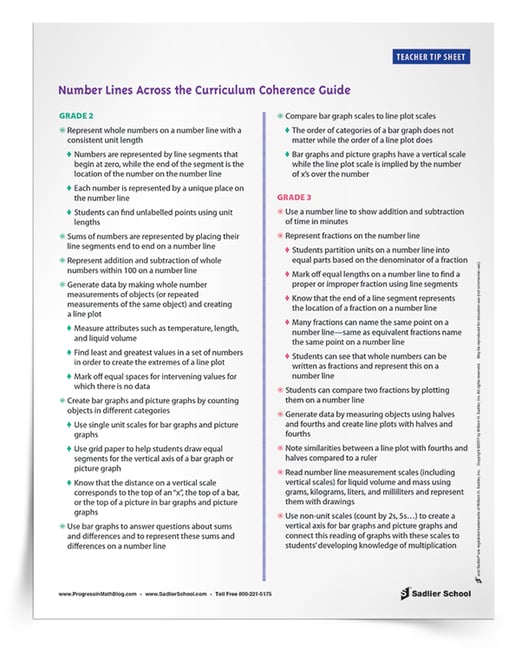 How to Teach Number Lines to Support Math Concepts

Number lines are used for developing the ideas of numbers and operations, for displaying data through the use of scales on graphs, and for reasoning about numbers and their relationships. Tape diagrams and area models could be considered as part of the number line trajectory, but for the purposes of this article are not included.

In addition to these broad topics for number lines, students use number lines to learn about the organization of the number system.

Using Number Lines to Learn About Numbers and Operations

Number lines are a key concept that begins to be used in Grade 2.

The length of a line segment with one end placed at zero and the other end of the segment placed on a number represents the magnitude of that number. The distance between zero and one is a unit length, and that unit length can be placed end to end in order to form longer segments that represent the different whole numbers. This combining of lengths is the operation of addition.

Through the middle school years, directed line segments will build on this foundation, as students learn about integers and other rational numbers.

Alongside learning about numbers and operations with numbers, number lines are also used in the display of data from Grade 2 and on for picture graphs, bar graphs, and line plots.

In addition, by Grade 5, two perpendicular rays form the first quadrant of the coordinate grid, and students begin graphing ordered pairs. This is extended to quadrants in Grade 6.

By Grade 8, bivariate data are graphed on coordinate grids.

One final area in which number lines can be used, which appears in the standards and is worth discussing here, is the use of the number line to reason abstractly about numbers on the number line, using variable names.

This first appears in Grade 6, where students reason about a point “a” on a number line and how to locate its opposite “-a”. In Grade 7, this kind of reasoning is extended to the idea of addition, subtraction, adding the opposite, and distance.

Number Lines Across the Curriculum 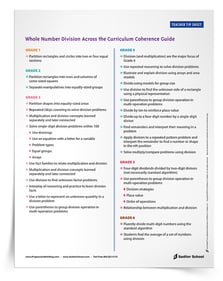 Below I've outlined details of how number lines are used in 2nd grade. To get complete details for grades 2–6, download my free tip sheet.

When teachers across grade levels can agree on common uses of representations such as number lines, students benefit from the coherence that results. Teachers can maximize their impact by focusing on exactly what needs to be taught! Download the Number Line Coherence Guide to better understand what's expected at each grade level.

Finally, if you found this article helpful, please see the previous articles on coherence in multiplication and division. 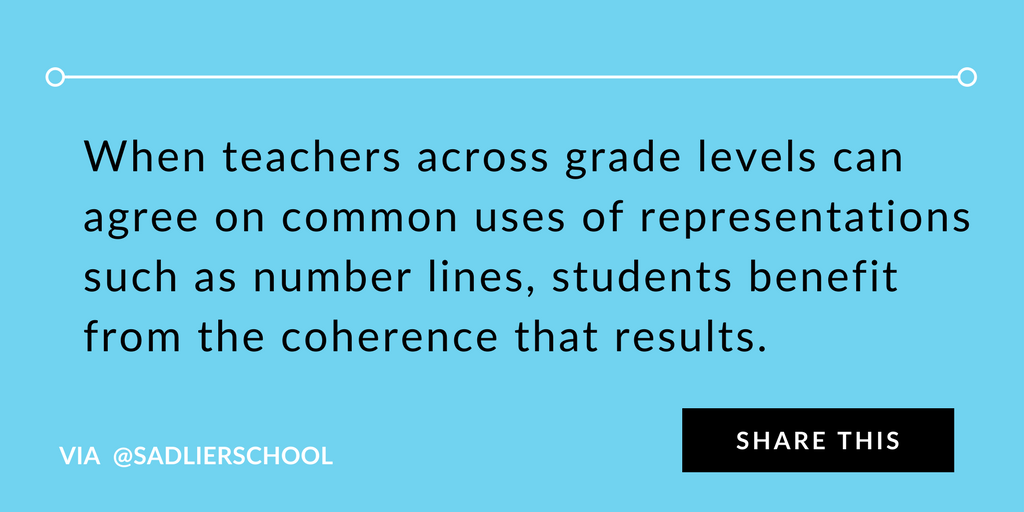