Teaching Shapes and Their Attributes to K–2 Students

Get started teaching shapes! Download the Triangle Sort Activity and use the shapes to help students describe their attributes. 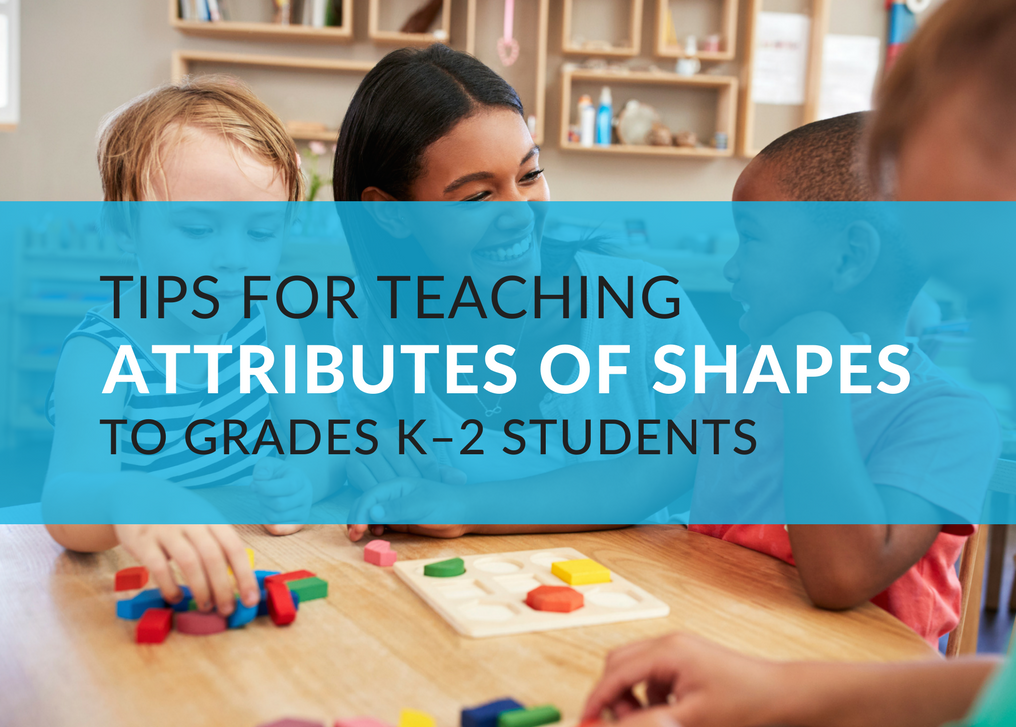 THE THREE STAGES OF DEVELOPMENT

The stages were identified by Pierre van Hiele, who described his theory in Structure and Insight (1986). Clements and Battista further refined the stages in 1992[i].

Here are some age-appropriate ideas for teaching shapes and their attributes using the first three stages of development. Make sure you check out my download that you can use right away.

The first stage of development is the visual stage. At this stage, students recognize shapes based on real-world objects. For example, students at a young age are able to recognize a circle as the shape of the top of a can or the face of a traditional clock. Sorting a set of drawings into examples and non-examples of shapes is a good activity to reinforce plane shapes (see download). Another activity is to build shapes with pieces of spaghetti or straws. These items are good to use because they can be easily broken or cut into variously sized pieces to form different shapes.

The second stage is the descriptive stage. At this stage, students can give verbal or written statements about the shape. For example, students should be able to tell the number of sides and corners (vertices) a shape contains, whether the figure is open or closed, whether it is simple or crosses over itself, and whether it has curves or is only made of straight lines. Students should also be able to recognize shapes in different orientations. Use the same download to have students describe each shape.

The third stage is the analytic stage. At this stage, students can compare the attributes of shapes. Beginning in Kindergarten, even simple comparisons can be made once students have learned to describe shapes. They can say that shapes have different numbers of sides and vertices or that shapes have the same side lengths. Use student-generated drawings or pattern blocks to have students tell how the shapes are the same or different.

Here’s a list of two-dimensional figures that you should focus on when teaching shapes:

A last activity to consider when teaching shapes and their attributes is to have students compose and decompose shapes. Pattern blocks are nice to use when having students compose shapes. Their edges match up and a variety of regular and irregular shapes can be built. Irregular shapes have side lengths and angles that are not congruent or the same, are but they are still easy to name as quadrilaterals, pentagons, hexagons, and so on.

Decomposing shapes into equal parts is a prerequisite skill for when students learn about the concept of fractions. So, it’s important for students to have a firm foundation in composing and decomposing shapes.

If you would like to get started teaching shapes, download the Triangle Sort Activity and use the shapes to help students describe their attributes. 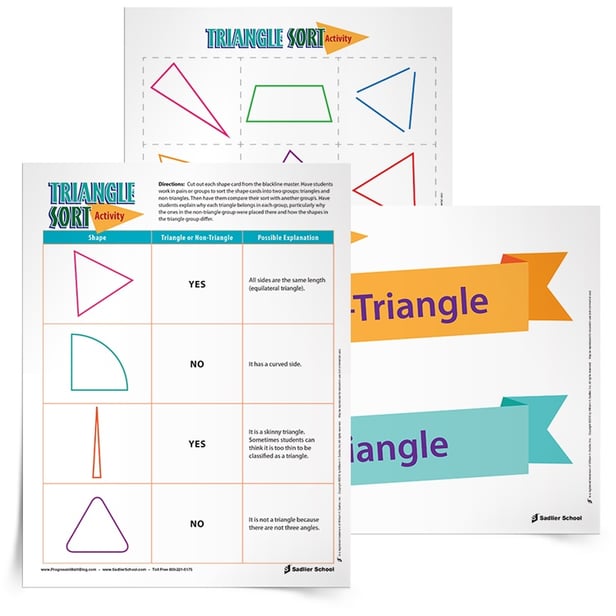 [i] Clements, Douglas, and Michael Battista. “Geometry and Spatial Reasoning.” In Handbook of Research on MathematicsTeaching and Learning, edited by Douglas A. Grouws, 420–64. New York: Macmillan Publishing Co., 1992