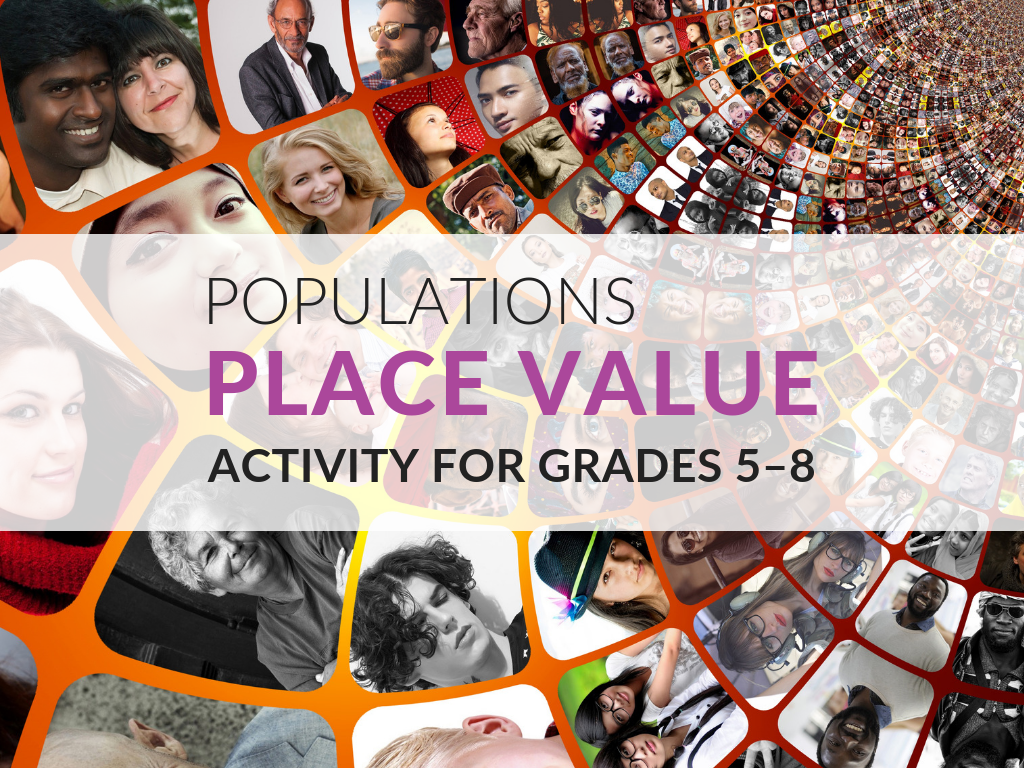 Starting in Grade 5, students should be able to recognize that a digit in one place represents 10 times as much as it does in the place to the right, and 1/10 of what it represents in the place to the left (5.NBT.1). By Grade 8, students should be able to compare numbers using scientific notation. The example with this Common Core State Standard is about comparing populations by telling how many times greater they are (8.EE.3). This activity on place value is design to help students with both of these standards.

If you have read some of my other blog posts, you might have noticed that I like to use social studies ideas in math class. Whether the topic is Islamic design, world health statistics, economics, or population, social studies has lots of numbers and facts to engage students and bring math to life! This place value activity uses the population of several countries carefully chosen from Wikipedia. They have populations that are multiples of tens times greater than each other. Take the time to point out where these countries are on the map and help students see the connection!

For some students, this place value activity will be quite easy. I have included an extension for these students. Students who are ready for a challenge can consider the population of Israel, which cannot be compared by a factor of ten to the other countries. Students can reason using many different ways how to accomplish this task. I would let this be an open-ended task for them. Will they use a chain of reasoning with multiplication facts? Will they use long division? Will they use the idea of reciprocals?

Helping students learn to compare two numbers using a factor will help them in the analysis of math problems and their daily lives. Using this real-life situation of population can help bring life to the place value lesson. In addition to place value, students can learn a little bit about the countries listed, and they can get a sense of how written numbers compare to each other. Download the PopulationsPlace Value Activity today and try it in your class!