When I presented vocabulary strategies to teachers in Texas, I was anxious to show them this particular video, as it is one of my (many) favorites.  When I introduced the video by saying I was really excited that I got to interview Daniel Handler, the room remained silent and somewhat questioning-was it that big a deal that I interviewed this guy no one had heard of?  Then I said, "Oh, y'all may know him under his pseudonym, Lemony Snicket!"

A collective gasp arose from the audience, and I knew I had captured their attention. Yup, I got to interview the enigmatic mystery man himself!

I love Daniel Handler’s droll sense of humor, his deadpan delivery, and his humility when I extolled him for being a lexicon virtuoso (have your read A Series of Unfortunate Events?  Lemony Snicket stops repeatedly in the midst of telling his story to define vocabulary words and give examples-it makes me smile every time!). 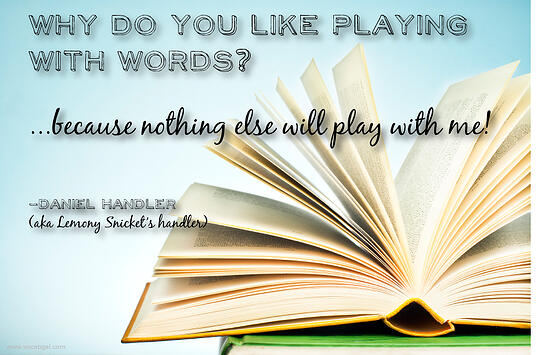 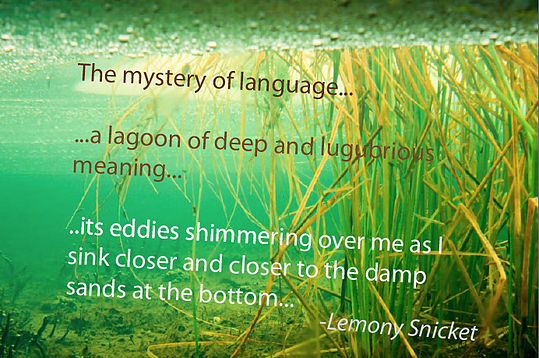 Anyway, as you can tell from the photo, I accosted Mr. Handler at NCTE and begged him for a quick interview in the midst of his autographing session (with a line of fellow English teachers behind me-luckily they were curious as to his answers so they did not begrudge my extra time).

His answers-splendid –witty, with just an intimation of his Snicket sepulchral panache.