Prepare for the ACT®* with Subject-Verb Agreement Practice Worksheets 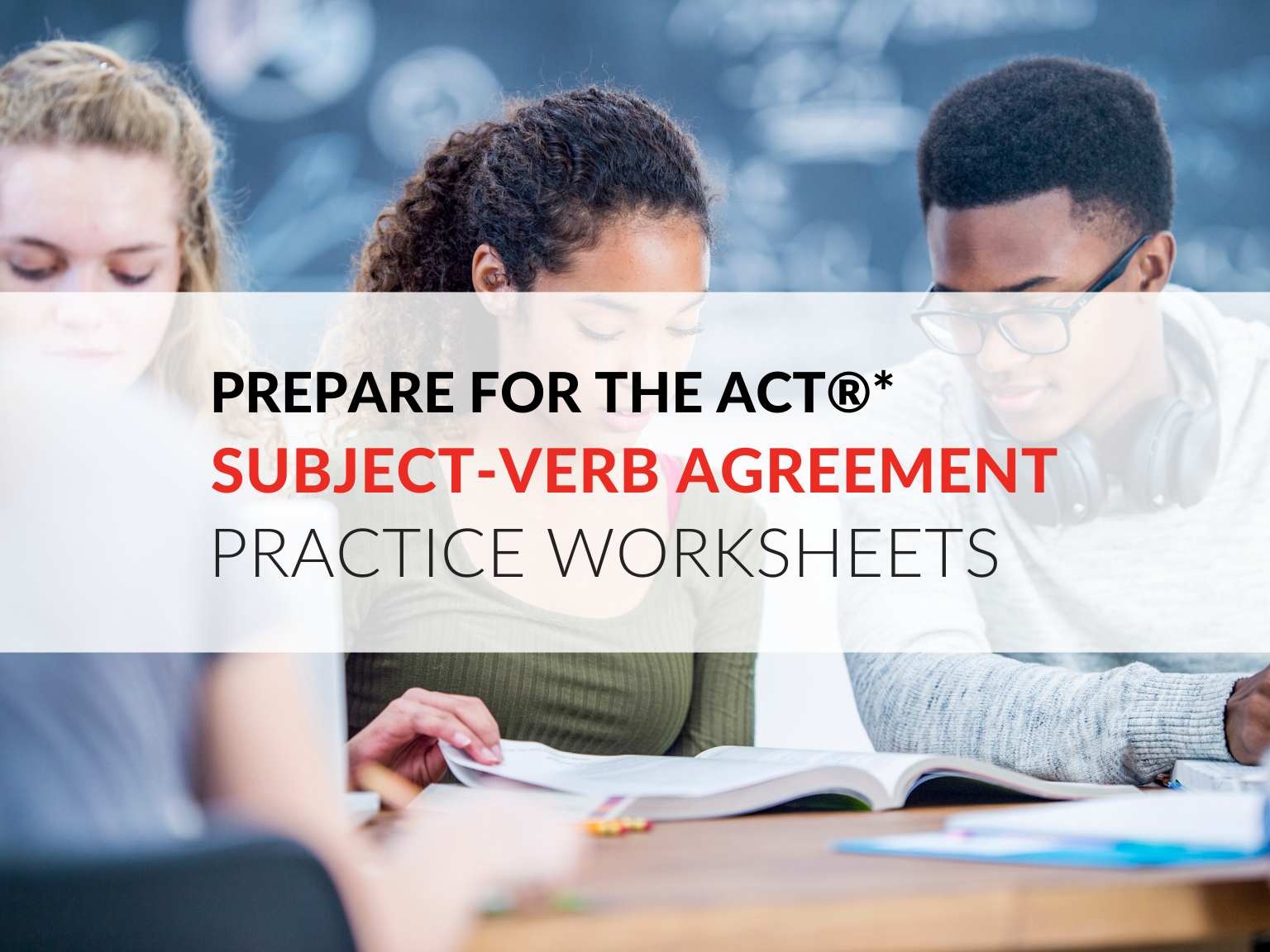 Scenario 1: The subject comes after the verb
Sometimes, verbs follow subjects in sentences—for example, in sentences that are questions and in sentences beginning with here and there. A verb must agree with the subject (which is never here nor there!), even when the subject follows the verb.
Scenario 2: The subject and the verb are separated by several words
In an adjective clause, a phrase divides the subject form the verb. In an intervening phrase or intervening clause, a series of words come between the subject and the verb. A trick for students in this scenario is to identify the simple subject and ask if it is singular or plural to guide subject-verb agreement.
An example of this scenario would be:
Rosa, who is my mentor and colleague, is the first to arrive.
Scenario 3: A plural subject joined by and separated by a lot of words
A compound subject can have singular subjects, plural subjects, or a combination of singular and plural subjects, and a lot of additional words can make choosing the right verb tense more challenging. Knowing sets of rules (like taking a plural verb when a compound subject is joined by and) will help students practice subject-verb agreement.
An example of this scenario would be:
Purple jelly beans, yellow gumdrops, and sour orange gummies are my favorite candies.
Scenario 4: Collective nouns can be either plural or singular
Collective nouns name a group of people or things. Collective nouns can be either singular or plural, depending on the context. When the noun is thought of as a single unit (like a team), a singular verb is used. When a collective noun has multiple members, a plural verb is used. Grammar conventions, or practices, regarding some collective nouns can change depending on common usage (e.g., data).
An example of this scenario would be:
The team is on a winning streak.
Scenario 5: Indefinite pronouns

An example of this scenario would be:
Any of the basketball courts are available.

After you've reviewed examples of common and trickier scenarios of subject-verb agreement, pass out my printable subject-verb agreement practice worksheets. The Subject-Verb Agreement Practice Worksheets below mirror the types of sentences students will see on the ACT/SAT®*exams and their suite of assessments. Here is a preview of what you can expect to see on the Subject-Verb Agreement Practice Worksheets:

Here’s an example of the kind of subject-verb agreement problem students might see on an exam and that the worksheet will help them prep for:

Download the Subject-Verb Agreement Practice Worksheets for your students now!

* ACT® is a registered trademark of the ACT.