Today I'm sharing a fun, relatively quick vocabulary game that helps students master a few of their trickier vocabulary words! The idea came to me when perusing official decks of Go Fish playing cards. There was a Garfield version, a Wilderness version, and I can imagine that there are many more versions on the market!

However, I’m not sure if there has been a vocabulary version of Go Fish... until now! Have students Go Fish for vocabulary words with my Go Fish Vocabulary Game. 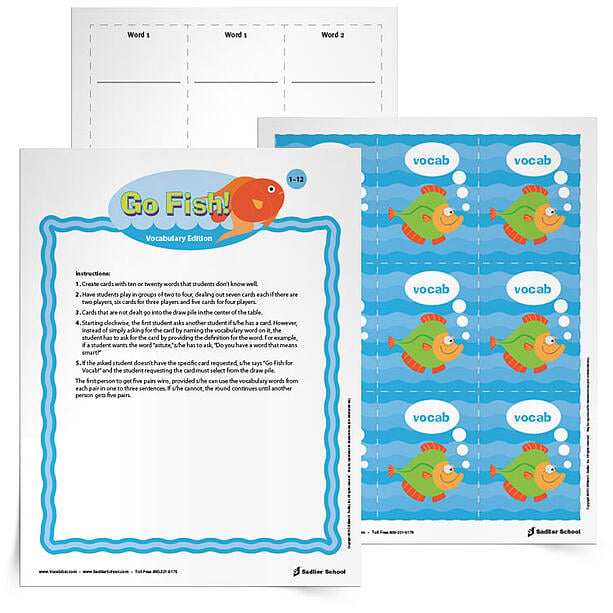 The first person to get five pairs wins, provided s/he can use the vocabulary words from each pair in one to three sentences. If s/he cannot, the round continues until another person gets five pairs.

To ensure your Go Fish Vocabulary Game works at any grade level, I've included two sets of Go Fish cards in my download. The first set of cards is for lower grade levels, and the second set is for upper grade levels.

Let me know how the game works out in your classroom. You can leave a comment or tweet me @vocabgal.

*These are the rules as I’ve designed them but feel free to modify them as works best in your classroom.