Feast Days provide catechists and parents with a wonderful opportunity to introduce children to Catholic saints. In this article, you’ll discover a short biography and free printable intermediate activity that can be used to learn more about a popular saint for kids, Saint Peter Claver. Whether at home or in the classroom, these resources will help children celebrate the life and feast day of Saint Peter Claver. 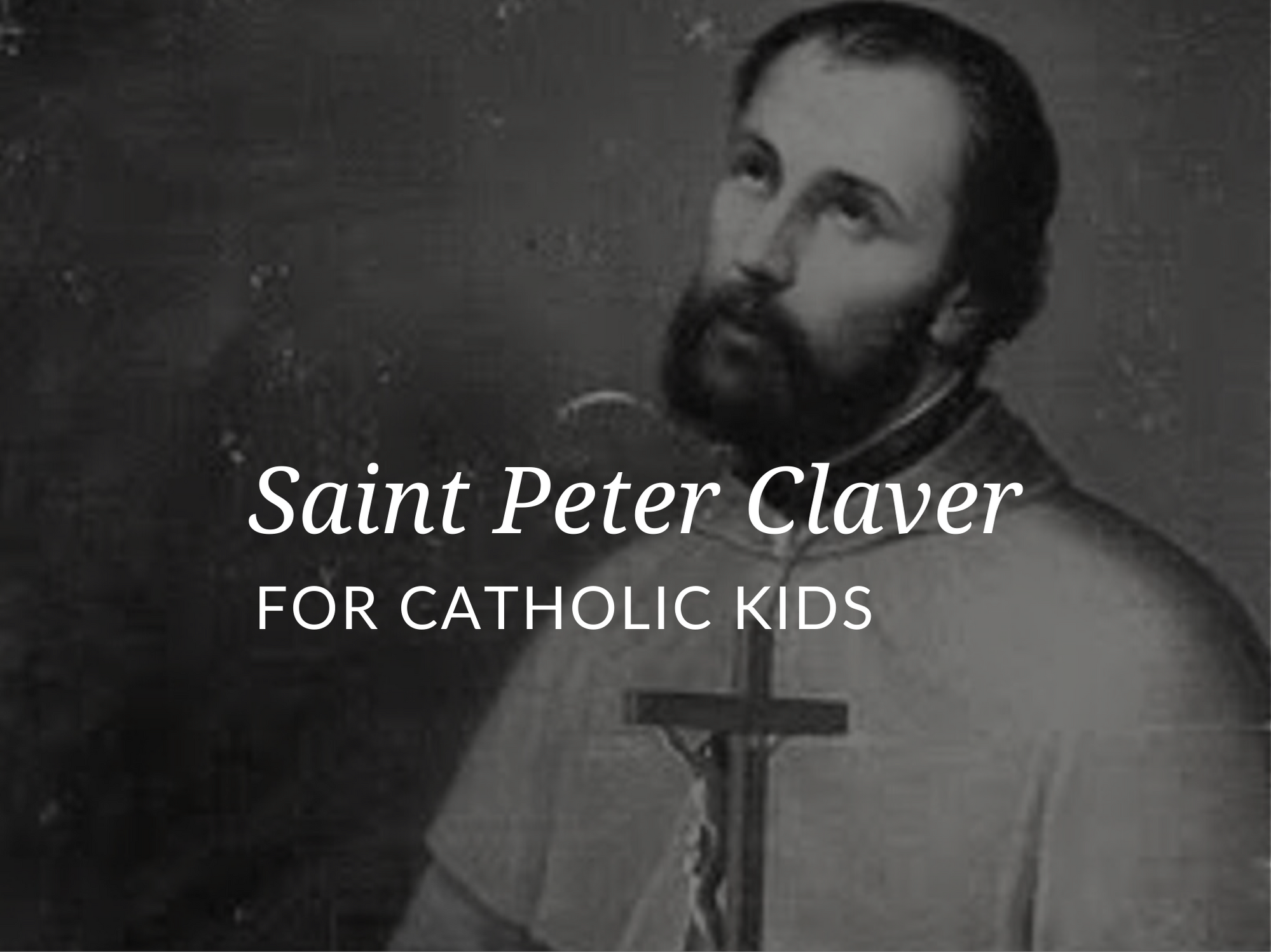 On September 9th, the Church celebrates the feast day of Saint Peter Claver, a Spanish missionary and saint born in the year 1580.

Download an intermediate activity for Catholic kids to learn about Saint Peter Claver’s work and to reflect on ways students can treat others with dignity and respect, like this merciful saint. 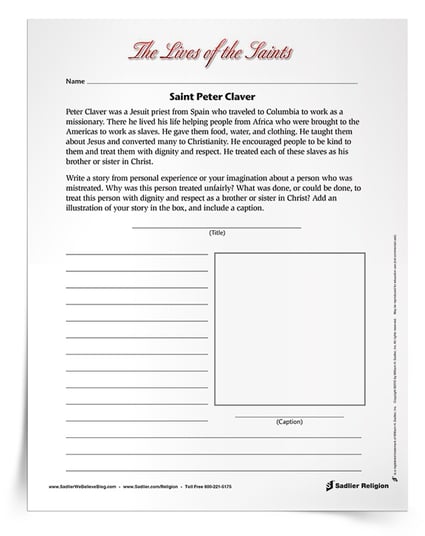 During and before Peter Claver’s lifetime, the colonization of the Americas was taking place. Spain sent many settlers to the Americas to live in colonies. Therefore, the Spanish needed others to help them work the land and work in the gold mines in the colonies. These settlers brought diseases with them that killed many of the Native Americans living there. The Spanish turned to Africa for slave labor. They captured African people and forced them to work as slaves in the colonies. Slaves were not given rights and were badly mistreated. The terrible slave trade flourished for many years. The slave trade had been well established for about a hundred years before Peter Claver arrived in modern day Colombia.

Though he was born in Spain, Saint Peter Claver spent most of his life abroad. Peter Claver’s parents were farmers. He attended the University of Barcelona which was run by Jesuits. After completing his studies, he entered the Society of Jesus or the Jesuits. Peter Claver studied philosophy, but was encouraged by another Jesuit priest, Alphonsus Rodriguez, to do missionary work in the Americas.

Peter Claver journeyed to the New Kingdom of Granada as a missionary in the year 1610. There, in the port city of Cartagena, 1,000 African slaves landed each month. Peter Claver was deeply troubled by the conditions endured by the slaves. Following in the footsteps of his mentor, the Jesuit priest Alonso de Sandoval, Claver ministered to the slaves arriving and living in Cartagena.

When the ships would arrive in the port city, Saint Peter Claver would bring the slaves food and water. He would enter the holds of the ship, which were filled to capacity, and minister to the needs of the slaves with the help of an interpreter.

Like Peter Claver, we are called to act with mercy and treat each other as our brother or sister in Christ. We are also called to work for the rights of all people.

For forty years, Peter Claver dedicated his life to helping the slaves arriving in Cartagena, both physically and spiritually. He taught the slaves about Christ and gave them the sacraments. He traveled to various plantations to urge the owners to be kind to these slaves and to treat them with dignity and respect. He stayed in the slave quarter during these visits instead of in the plantation homes.

It is estimated that Peter Claver baptized 300,000 slaves during his work in Colombia. He continued to follow up with those that he baptized to ensure that they were being treated with respect and dignity.

He treated each of these slaves from Africa as his brother in Christ and he insisted that others treat them the same way. When speaking about slaves, Peter Claver said, "We must speak to them with our hands by giving, before we try to speak to them with our lips." He has been called “the Apostle of Cartagena.”

Peter Claver is a great example of mercy. In addition to his ministry with the slaves of Cartagena, he cared for the sick and dying. He ministered to prisoners, traders, sailors, and city residents.

Saint Peter Claver died in the year 1654 after a long illness. The extent of Claver's ministry was realized after his death and he was canonized in 1888 by Pope Leo XII along with the Jesuit Alphonsus Rodriguez.

Like Peter Claver, we are called to act with mercy and treat each other as our brother or sister in Christ. We are also called to work for the rights of all people.