On September 9th, the Church celebrates the Feast Day of Saint Peter Claver. Peter Claver was a Jesuit priest who journeyed to modern day Colombia. He dedicated his life to helping the slaves arriving here, both physically and spiritually. He taught them about Christ and gave them the sacraments. He traveled to various plantations to urge the owners to be kind to these slaves and to treat them with dignity and respect. He cared for the sick and dying.

Peter Claver is a great example of mercy. Through his work, Peter Claver converted 300,000 slaves to Christianity. He treated each of these slaves from Africa as his brother in Christ and he insisted that others treat them the same way. Like Peter Claver, we are called to act with mercy and treat each other as our brother or sister in Christ. We are also called to work for the rights of all people.

Download an intermediate activity to teach students about this merciful saint. 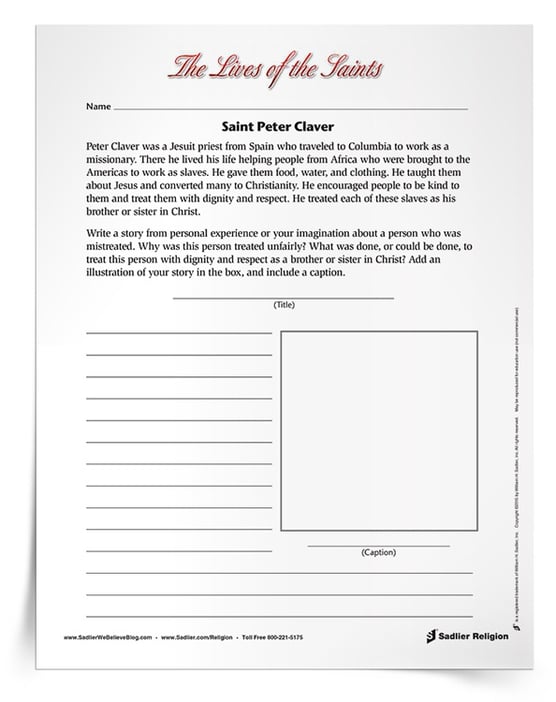