October 2022 marks the 60th anniversary of Vatican II. The second Vatican council has had a long-standing impact on the Church and the world. Learn more about the history and the significance of Vatican II in this article, and access a video resource that will help those in parish and school leadership today understand, celebrate, and share the importance of Vatican 2, sixty years ago and today! 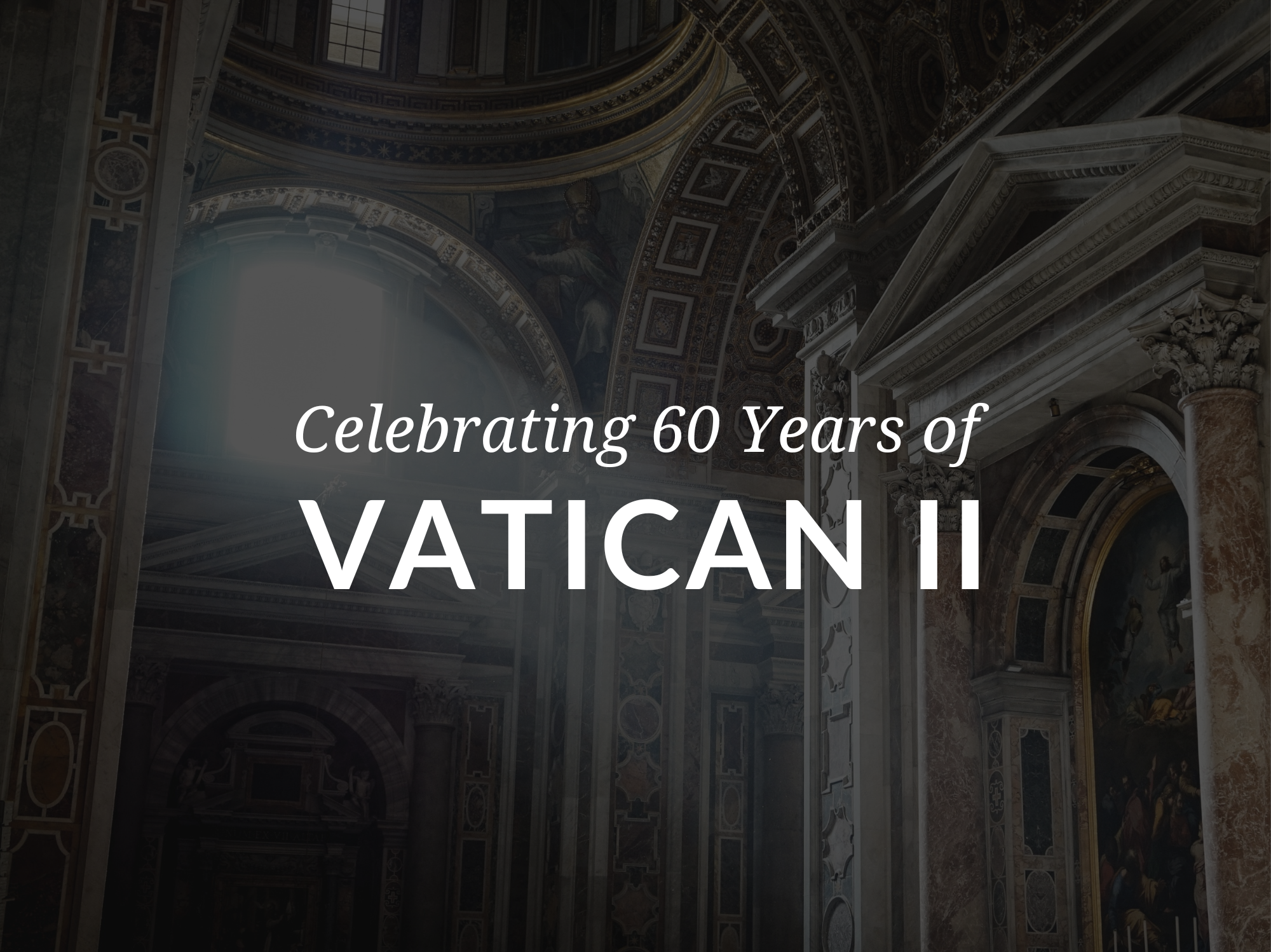 What is Vatican II?

October 11, 2022 marks the 60th anniversary of the opening of the Second Vatican Council. The twenty-first ecumenical council of the Catholic Church, was the largest gathering at any Council in the Church’s history and was the first truly worldwide council of the Church. The Council met in four general sessions between 1962 and 1965. In three years, the bishops issued many documents about different aspects of the life of the Church in the twentieth century. The outcomes of Vatican II impact the way Catholics live and celebrate today. However, many Catholics do not understand the history of Vatican II and the role it has played in the modern Church.

The History of Vatican II

Throughout history, the Church has looked to the pope and the bishops, successors of the Apostles, for guidance. They guide Catholics in understanding and living their faith through their authority, writings and teachings.

Pope John XXIII convened the Second Vatican Council on October 11, 1962 joined by more than 2,500 bishops from around the world. In his opening remarks, Pope Saint John XXIII said, “The greatest concern of the Ecumenical Council is this: that the sacred deposit of Christian doctrine should be guarded and taught more efficaciously. That doctrine embraces the whole of man, composed as he is of body and soul. And, since he is a pilgrim on this earth, it commands him to tend always toward heaven.” His goal was that the bishops who participated in the council would communicate the unchanging truths of the Catholic faith in modern ways.

The outcomes of Vatican II impact the way Catholics live and celebrate today. However, many Catholics do not understand the history of Vatican II and the role it has played in the modern Church.

When the council began, Pope John XXIII had already been diagnosed with stomach cancer and said to a friend: "At least I have launched this big ship -- others will have to bring it into port." When he died after the first session of the Council, his successor Pope Paul VI continued the Council until it closed in 1965.

During the three years between the council’s opening in 1962 and conclusion in 1965, the council issued sixteen documents that covered the essence of the Catholic faith. Some of the documents are known as constitutions, since they deal with the essential nature of the Church, such as the Constitution on the Sacred Liturgy, which resulted in Catholics celebrating the Eucharist in new ways. Others are known as decrees or declarations. All of these documents had implications for the ways Catholics understood and celebrated the faith and are accessible on the Vatican website.

The Impact of the Second Vatican Council

In addition to putting the key documents from the Second Vatican Council into practice worldwide, important encyclicals, or letters, were written during the Second Vatican Council. Lumen Gentium is considered the centerpiece of the sixteen documents of Vatican II because it contains many of the key theological achievements of the Council. In Mater et Magistra and Pacem in Terris, the Catholic Church expanded its message of social justice in the modern world.

The Future of Our Church

In many ways, the Second Vatican Council is credited with shaping the modern Catholic Church. Pope Francis has convened a Synodality Project: October 2021 to October 2023, which hearkens back to John XXIII’s Vatican II and shares connections and implications for the Church in the future. This synod is different because it includes all members of the Church.

In honor of the upcoming anniversary, esteemed Vatican II researcher and Vatican II expert Sister Maureen Sullivan, OP, PhD, has presented the Vatican II, Synodality, and the Future of Our Church Webinar. The webinar delves into the history of Vatican II and the Pope Francis’s Synodality Project, which deepens the continually unfolding vision of Vatican II. Access the webinar on demand.

Sister Maureen has written extensively about Vatican II. Read another article she has written about the legacy of Vatican II here.

The legacy and achievements of Vatican II impact today's Church and today’s Catholics. It is important for Catholic students and families to understand the far reaching impacts of the Second Vatican Council on the ways they understand, celebrate, and live out the faith in the modern world, particularly if they were born after the Council or lack understanding of the energy and reform it brought into the Church. The sixtieth anniversary of the opening of the Council is a perfect opportunity to reflect on the ways that the legacy of Vatican II will continue to guide the Church and the faith in the future.