Feast Days provide catechists and parents with a wonderful opportunity to introduce children to Catholic saints. In this article, you’ll discover a short biography and a free printable activity that can be used to learn more about a popular saint for kids, St Peter! Whether at home or in the classroom, these resources will help children celebrate the feast day of Saint Peter the Apostle. 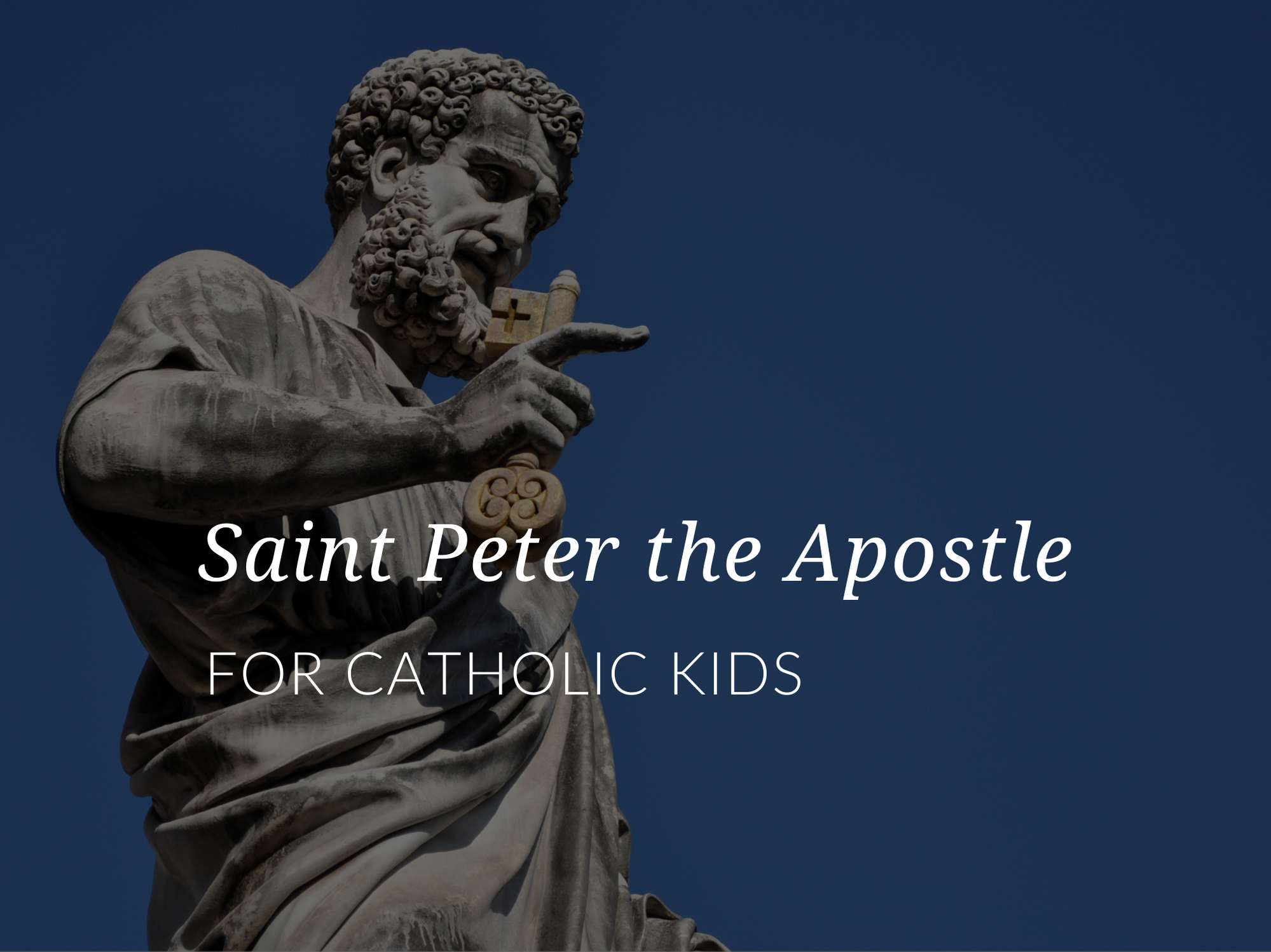 On June 29 the Church celebrates the Feast day of Saint Peter the Apostle.

Inspire Catholic kids with the story of St Peter the Apostle and share a printable activity. Available in English and Spanish. 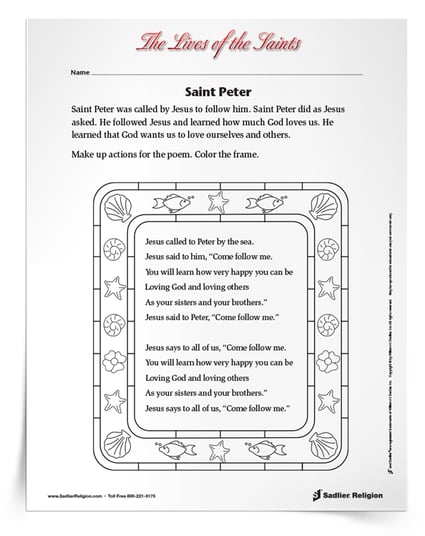 We know about Saint Peter from the Gospel accounts in Scripture. Saint Peter, named Simon at birth, was a fisherman from the village of Bethsaida in Galilee. Peter and his brother Andrew were fishermen before Jesus called them to follow him.

Fishing was a common profession on the Sea of Galilee. Fish from this region was considered a delicacy throughout the Roman Empire. Fishing was hard work. Fishermen had to know where to fish and the best method for catching fish. Fisherman had to be strong to sail their boats and haul in their catch. The most common way of fishing was using nets made of flax. Fishermen had to know how to make and repair their nets. They also had to be good businessmen to sell their fish for the best price. Fishermen also had to salt and dry their fish, so they could be preserved and shipped for market.

Like most Jewish boys, Peter would have been taught about the history and customs of his people. He would have learned about Scripture, and the promise that God had made to send a Savior.

One day as the Peter and Andrew were mending their fishing nets, Jesus called out to the brothers. Jesus said, "Come after me, and I will make you fishers of men" (Matthew 4:19). Both brothers left their nets to become disciples of Jesus.

Peter was present during the major events of Jesus’ ministry. One of the earliest miracles recorded in the Gospels was the healing of Peter’s mother-in-law. Also, Peter helped collect the leftover loaves and fish after Jesus fed the crowds. He witnessed the Transfiguration of Jesus, in which he saw Jesus glorified. He took a leadership role among the disciples, sometimes speaking for all of them when questioned by Jesus. He was impulsive, making decisions very quickly. Peter was not an educated man, and he often doubted his own judgment. His faith in Jesus began as a response to the extraordinary events he had witnessed.

Saint Peter was not perfect. He made mistakes, but he learned from them. Peter listened to Jesus and learned that Jesus’ message was God loves us and wants us to love him and others.

After Jesus rose from the dead, Peter was one of the first to see him alive. Peter’s given name was Simon, but Jesus gave him the name "Peter." The name means "rock." Jesus entrusted Peter with a very special task. He appointed him the leader of the Church. Jesus said, "You are Peter, and upon this rock I will build my church" (Matthew 16:18).

Peter received the Holy Spirit with the other disciples at Pentecost. The gifts of the Holy Spirit enabled him to carry out the mission of Jesus to witness to the Gospel. He encouraged the early Christians to spread the Gospel message to people of all nations.

Peter bravely accepted suffering for the sake of Christ as well. He was imprisoned for preaching the Gospel. When he was released, he continued his mission. Then he went to Rome to preach the Gospel there. When a persecution of Christians broke out, Peter was arrested and killed.

Emperor Constantine gave Christians greater freedom of religion, and a great church was built over the grave of Saint Peter. Today, the Basilica of Saint Peter in the Vatican stands on that same spot.