On September 27, the Church celebrates the Feast Day of Saint Vincent de Paul, who said, “Do not be content to say: I am a Christian! But live in such a way that it may be said of you: we have seen a man who loves God with all his heart and keeps his commandments.” 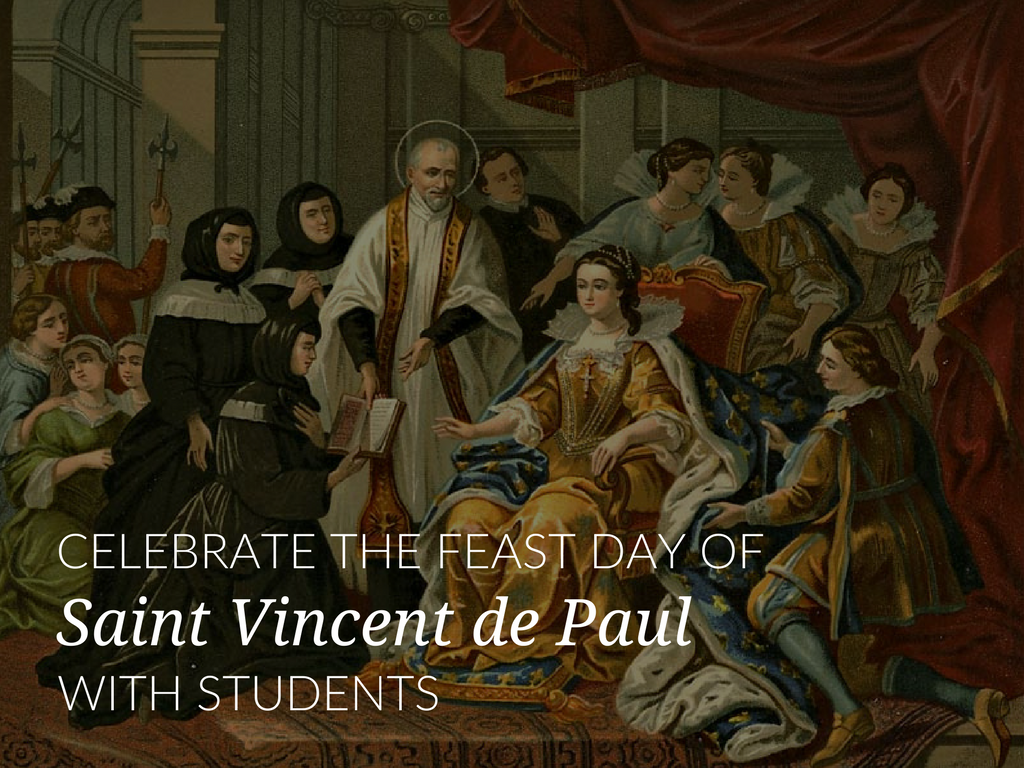 Saint Vincent de Paul was born in the countryside of France. His hard-working parents made many sacrifices so that he could go to school. He decided to become a priest, but not because he wanted to serve the Church entirely. He admitted later in his life that he had been embarrassed by his humble background, and wanted to earn a position of respect and authority. As a priest, Vincent de Paul served the royal family of France and later became the private chaplain and tutor in the powerful Gondi family.

This family owned a lot of land, and many poor tenant farmers lived on the land of their estates. Part of Vincent's responsibilities was to minister to the spiritual needs of these people. The more he served them, the more his attitude towards the poor changed. He realized that many people who called themselves Christian, including himself, neglected the needs of others. He decided to leave his comfortable position with the Gondi family so that he could work more closely with those in need: the poor, sick, abandoned, and uneducated.

One of the characteristics of his work was his willingness to respond to any cause. Vincent de Paul lived during a turbulent time in Europe. During his life, France fought the Thirty Years War with other great powers in Europe. Entire regions of Europe were devastated by the war, which were caused in part by the religious divisions between Catholics and Protestants. Vincent raised aid for war-torn regions of France, served in prisons, started schools, and cared for orphans.

Vincent's example inspired many others to come and join in his work. He organized a congregation of priests who took as their mission the education of the poor and evangelization in foreign countries. He also helped people to start local charitable societies. The National Council of the United States Society of Saint Vincent de Paul is celebrating it’s 400th year this year, with the mission of ending poverty through systemic change. This society has nearly 100,000 trained volunteers who together provide millions of hours in service to others each year.

Through his work, Vincent met a widow named Louise de Marillac. She and some of her friends wanted to devote their lives to serving the poor, sick, and others in need. With the help of Vincent, they formed the Daughters of Charity. They were unique at the time because they worked actively among the poor, while most other religious communities spent their days secluded in prayer and meditation. Louise also became a saint.

Vincent was very honest about his own faults. He told people that as a young man he had been very proud, and that he had a bad temper! At the end of his life, people only knew him as a kind and humble man, who treated everyone, from the Queen of France to the poorest person, with great respect and love.

Saint Vincent de Paul recognized that his faith in Christ needed to be an active faith in service of his neighbor. Through his example of charitable work, we can learn to be more aware of the needs of others.

Download a Saint Vincent de Paul Activity to share with students to celebrate the feast day of St. Vincent de Paul. The activity invites children to consider ways they can help a family member or friend and design coupons for these specific people. The family members of friends can then return the coupons to the child when they are ready for help. The activity is available in English and Spanish. 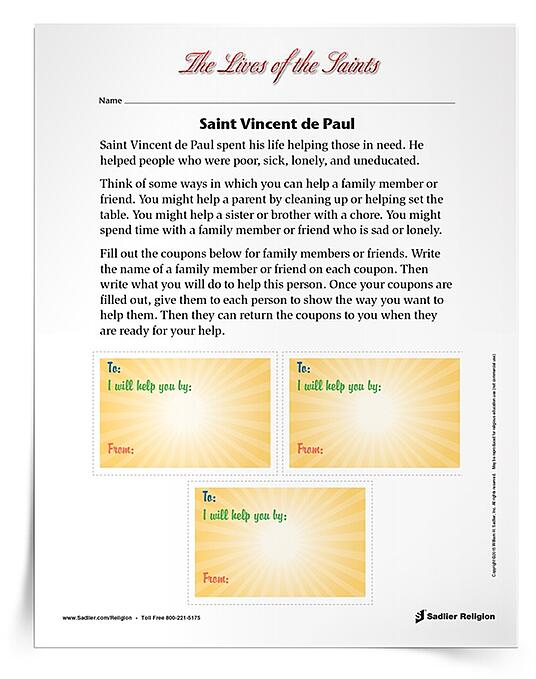