Prayer for Setting Up the Crèche

Setting up the crèche is a beloved tradition in both homes and parishes. I have seen a number of beautiful Nativity sets over the years. Many of them reflect cultural traditions and customs, thus making the little tableau both accessible and universal. The origin of the crèche is attributed to Saint Francis of Assisi who, in order to both accommodate an overflow crowd in the small town of Greccio, moved the Midnight Mass on Christmas Eve outdoors. He set up a manger, filled it with hay and brought two live animals to bring the scene to life. 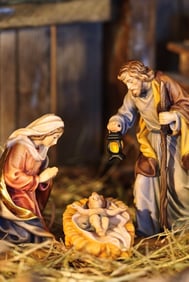 Most crèches are based on the Infancy Narrative found in Luke’s Gospel. He portrays the Holy Family in humble fashion by describing how, with no room in the inn, they were given shelter where animals were housed. Thus, the infant Jesus is wrapped in “bands of cloth” and laid in a manger, a feeding trough. Biblical scholar and author Stephen Binz notes that the sheltering place was actually one of the many caves that pitted the hills around Bethlehem. It’s far from the cozy depiction in the Nativity sets under our Christmas trees. Binz goes on to note the horrible conditions which were “…more like giving birth in some abandoned hovel of an urban alleyway today.” (Jesus, the Compassionated Savior, Part 1: Luke)

The Flight into Egypt as described in Matthew’s Gospel, places the Holy Family not in a cave with animals and a manger, but fleeing for safety from the terrors of King Herod’s death squads. As such, they share the plight of a huge number of families today. According to the United Nations, there were 16.7 million refugees worldwide at the end of 2013. It’s a staggering number that includes those fleeing from war-ravaged countries as well as the scourge of poverty, hunger, and disease.

Both Scripture accounts offer a way to use the crèche for reflection as well as decoration. Luke’s setting in Bethlehem invites us to consider how Jesus was born not only into humble but also into impoverished circumstances. Matthew’s portrayal of refugees seeking safety in a far-off land reminds us of the plight of so many people who leave all they know behind in order to seek some semblance of security. Like Saint Francis, such meditations might move us to greater love for the “Babe of Bethlehem” and the hope he brings to a world in need of his light and love.

Download and share a Prayer for the Placing of the Crèche with your family or class as a way to deepen your love for Christ. 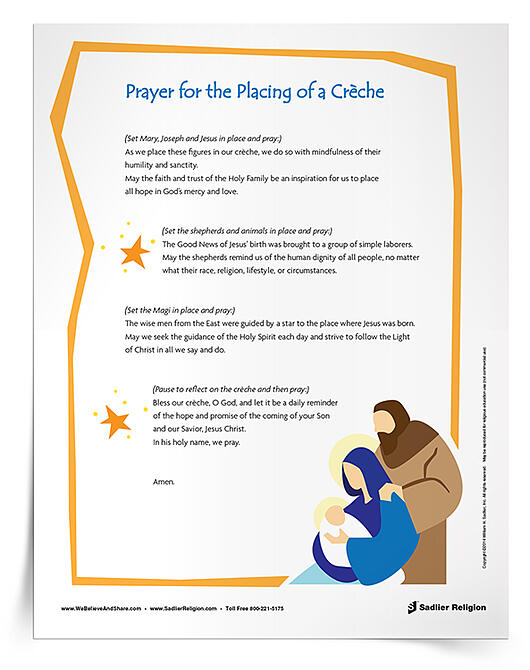 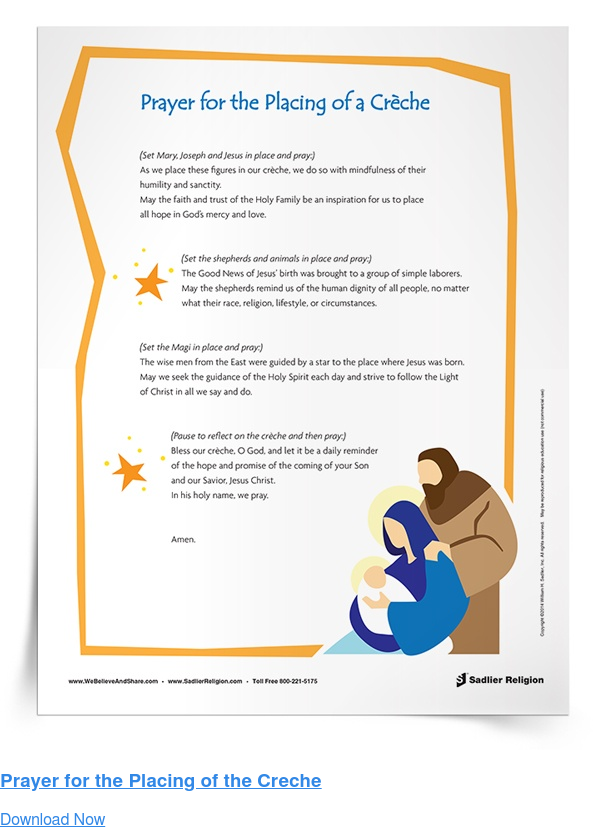