Feast Days provide catechists, teachers, and parents with a great opportunity to introduce children to Catholic saints. In this article, we'll explore another popular saint for kids, Saint Joan of Arc! Our short biography and free printable activity can be used at home or in the classroom to learn about this popular saint and celebrate the feast day of Saint Joan of Arc on May 30. 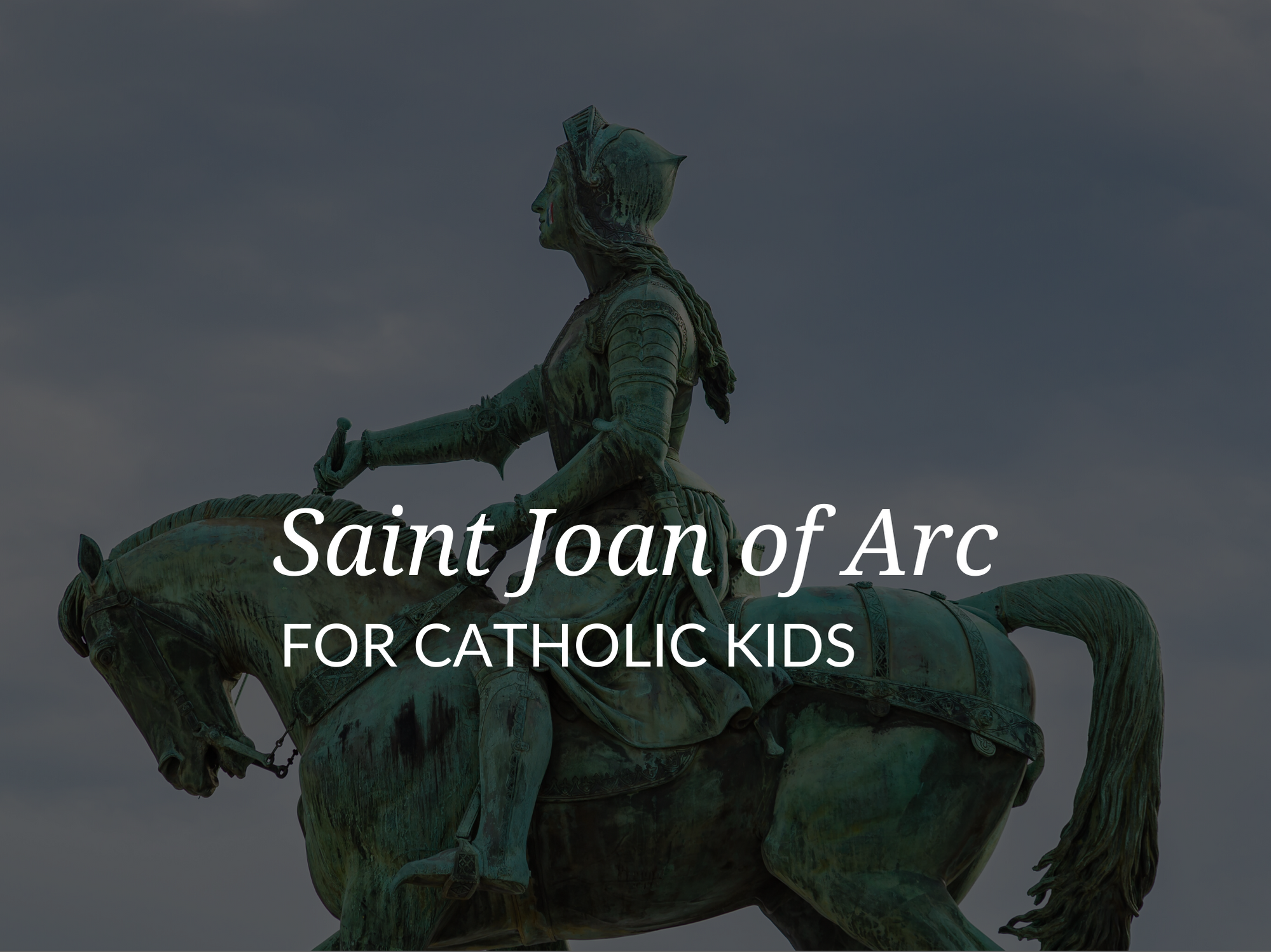 On May 30, the Church celebrates the Feast Day of Saint Joan of Arc, a French saint who was faithful to God's will throughout her life. Inspire Catholic kids with the courageous story of Saint Joan of Arc. Download an activity to share with students and families on May 30. This printable activity asks kids to reflect on ways God gives them courage. 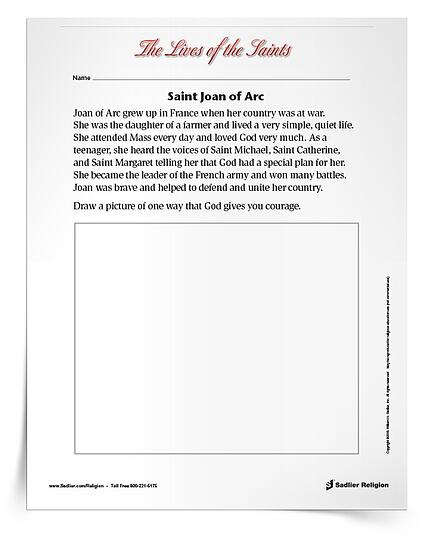 Joan of Arc's story is remarkable. Although it may seem an impossible feat for a teenage girl to become a soldier, lead an army, and unite the country of France, Joan did just that— because of her faith! Here is her story.

Joan of Arc was born on January 6, 1412 at Domremy, a small village between France and Lorraine. She lived at the time of the beginning of the Renaissance, which was a revival of classical art, architecture, literature, and learning. This was a time of transition from medieval times to modern times.

Joan also lived during wartime. When Joan of Arc was born, France was involved in the Hundred Years War with England, so named because of its long length. Because of this war, much of the farmland in France was ruined and people were starving because of lack of food. During Joan's life, many people in France died from the Black Death, a deadly plague that was spreading throughout Europe. People lived in fear of not only the English and the plague, but also of local French people who raided towns and villages.

Joan’s father was a farmer. Although she did not have much formal education and she could not read or write, her mother taught her prayers. Her parents were known to be good Christians and provided a strong foundation in faith for their daughter. Joan always listened to her parents and tried to do what they asked of her. She attended Mass every day and she tried to help the poor. She was quiet and preferred to play alone rather than with others. She enjoyed playing in the woods and she was good at spinning and weaving cloth.

Although it may seem an impossible feat for a teenage girl to become a soldier, lead an army, and unite the country of France, Joan did just that— because of her faith!

As the Hundred Years War raged on, Joan’s home country of France was divided and had no king. When she was thirteen years old, Joan began hearing the voices of Saint Michael, Saint Catherine, and Saint Margaret. They told Joan that she was chosen by God to unite France and to help Charles be crowned king. Joan was very surprised because she knew nothing about politics or about the military. She wanted to serve God, but she did not know how to help her country. Finally, she realized that this was God's will and that he would lead her.

At first, Joan was laughed at. But soon, without any military training or background, Joan was leading the French army with a banner that read "Jesus and Mary." She began winning battles. Soon the English were gone from many towns in France. The French soldiers loved Joan. Eventually, she saw Charles crowned the king of France.

Later Joan was captured and became a prisoner of the English. After a trial, she was sentenced to death. Joan was said to say, “About Jesus Christ and the Church, I simply know they're just one thing, and we shouldn't complicate the matter.” Although she was afraid, Joan remained faithful to God and calmly went to her death holding a crucifix. She died on May 30, 1431. She was nineteen years old.

Even prior to her official canonization in 1920, Joan of Arc was considered a great saint. She has long been a symbol of French unity and nationalism as “the Maid of Orléans.” She was beatified in the Notre Dame cathedral in Paris by Pope Pius X in 1909.

Joan of Arc was faithful to God's will in her life.

Joan of Arc was faithful to God's will in her life. Even when she was laughed at, she kept her focus on God and what he asked her to do. When things seem to be impossible in our lives, we can be like Joan and let our faith guide us, with courage and conviction. In the words of Pope Benedict XVI, Joan of Arc “fearlessly bore the great light of the Gospel in the complex events of history. . . . With her luminous witness St Joan of Arc invites us to a high standard of Christian living: to make prayer the guiding motive of our days; to have full trust in doing God’s will, whatever it may be; to live charity without favouritism, without limits and drawing, like her, from the Love of Jesus a profound love for the Church.” (General Audience, January 26, 2011)

When things seem to be impossible in our lives, we can be like Joan and let our faith guide us. Download a primary activity in English or Spanish to celebrate the feast day of Saint Joan of Arc.