On March 17, people all over the world celebrate Saint Patrick with parades, parties, and the wearing of green. 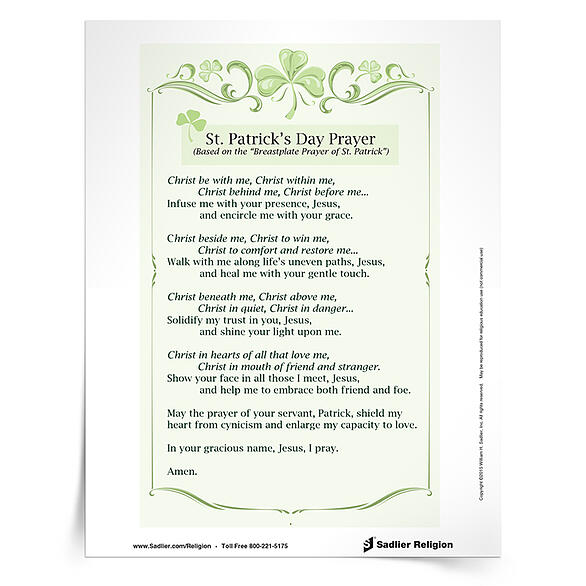 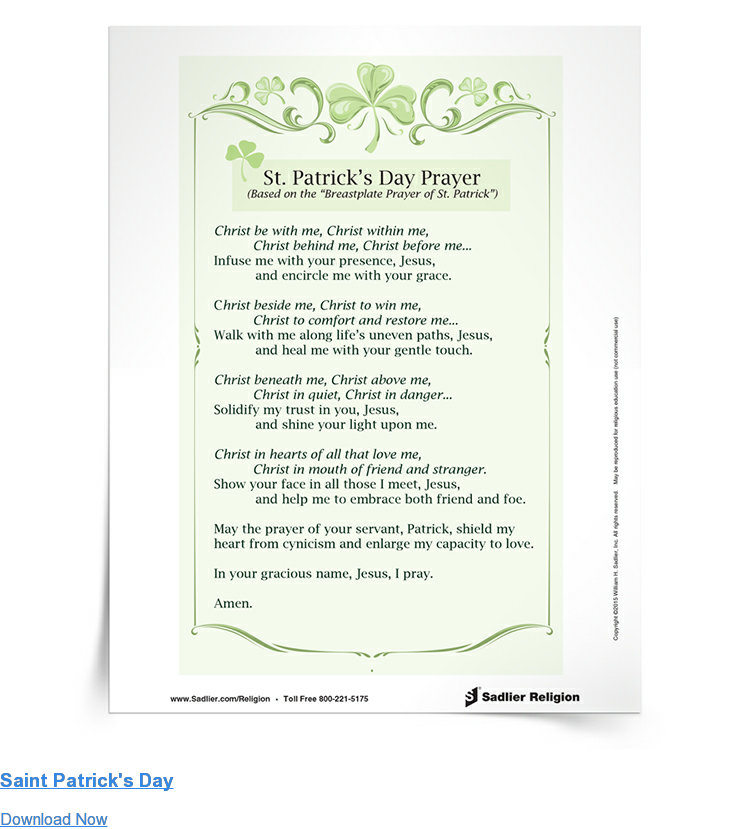 Patrick was born in Scotland. When he was about fourteen years old, he was captured and brought to Ireland. As a slave, he was forced to take care of sheep. Patrick prayed often during his captivity. The people of Ireland at this time were not Christian. Patrick learned about their beliefs and practices.

When Patrick was twenty years old, he escaped from slavery and returned home. He never forgot the people of Ireland and wanted to return to teach them about Christianity. Patrick began studying for the priesthood and was eventually ordained a bishop. He was then sent by the Pope to Ireland as a missionary.

There are many legends about Saint Patrick. One such legend has it that he used a shamrock, a plant growing in Ireland, to explain the Blessed Trinity. Just as the shamrock has one stem with three parts, there are three distinct Persons in one God: the Father, the Son, and the Holy Spirit. Because of this, the shamrock is the traditional symbol of Ireland.

Download my St Patrick’s Day Prayer Card and use it with your family or class. Then talk about the ways Christ is present in your lives.