On March 17th, the Church celebrates the Feast Day of Saint Patrick. Patrick is a very popular saint. On March 17, people all over the world celebrate his feast day with parades, parties, and the wearing of green. There are many legends about Saint Patrick. One such legend has it that he used a shamrock, a plant growing in Ireland, to explain the Blessed Trinity. Just as there are three separate leaves on one plant, there are three distinct Persons in one God: the Father, the Son, and the Holy Spirit. Because of this, the shamrock is the traditional symbol of Ireland. As March 17th approaches, help the students in your religious education program learn more about the life of Saint Patrick! 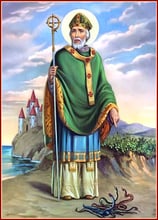 Patrick was born in Scotland in the year 347 ad. When he was about fourteen years old, he was captured and brought to Ireland. At this time, the people of Ireland did not know about Jesus. Ireland was not ruled by one single king, but by several Celtic chieftains. Each chieftain ruled a small piece of land but was always trying to get more land through force. Because of this unrest, not many people came to Ireland from England.

As a slave, Patrick was forced to take care of sheep. Patrick prayed often during his captivity. The people of Ireland at this time were not Christian. Patrick learned about their beliefs and practices. When Patrick was twenty years old, he escaped from slavery and returned home. However, he never forgot the people of Ireland and wanted to return to teach them about Christianity.

Patrick began studying for the priesthood and was eventually ordained a bishop. The Pope then sent him to Ireland as a missionary. Patrick became friends with several community leaders in Ireland. Because the people trusted him, many converted to Christianity. Patrick built over three hundred churches throughout Ireland and baptized thousands of people.

Patrick invited other priests and church leaders to join him in Ireland. He remained in Ireland for forty years, preaching, writing, and ministering to the people of Ireland. 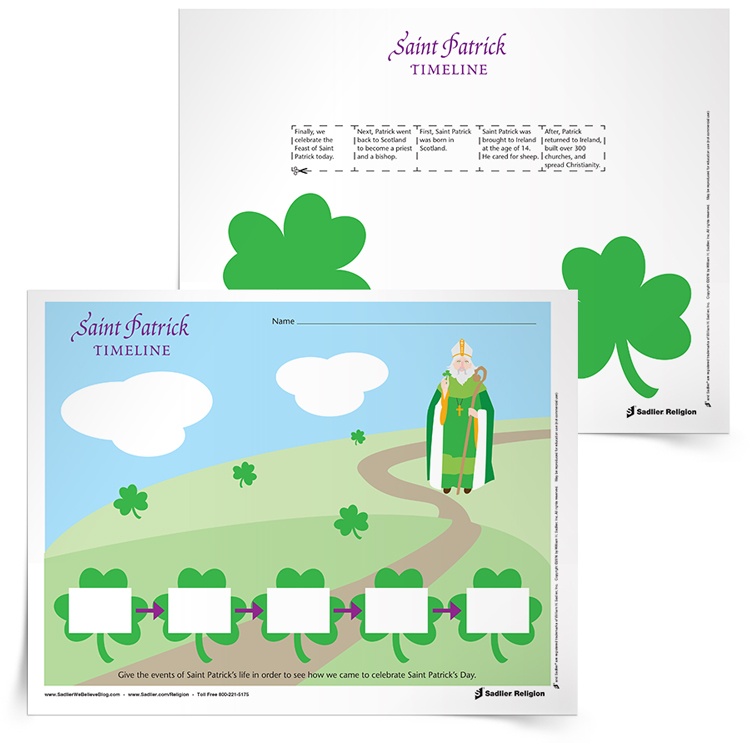 After you’ve shared this story of Saint Patrick with your primary students, download and share a Saint Patrick Timeline Activity. The activity asks children to chronologically order events in Saint Patrick’s life into a simple timeline using the information from this blog post. You will need scissors and glue for each child to complete the activity.