Traditional accounts say that Nicholas grew up as the only son of devoted Christian parents. His mother and father died when he was young, and Nicholas inherited a large fortune. He decided to use this money to help the many people he saw around him who were in need. He also decided to perform these acts of charity quietly, even secretly, and not to brag about them.

Saint Nicholas is an example of kindness and generosity for us today. This year, as we prepare for Christmas, we should remember Nicholas's quiet acts of selfless charity as we give our Christmas gifts. 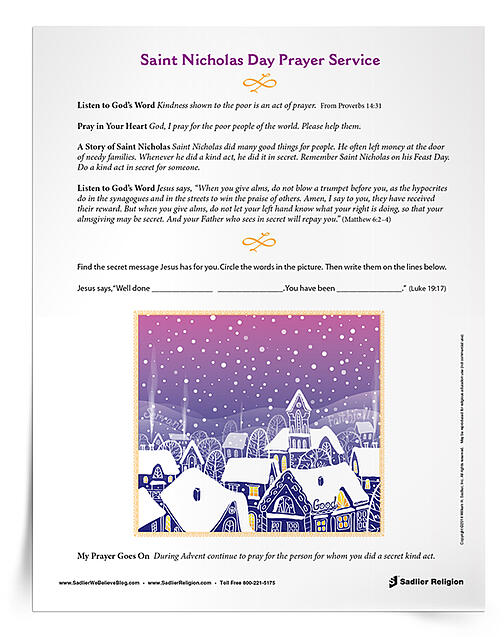