Reflection on St Francis of Assisi

Is there any other saint who enjoys as much popularity as Francis of Assisi? Google his name and over 7 million results become accessible. Likenesses of him stand in gardens, parks, and churches, usually with birds and animals clustered around him. Such devotion must surely be due to nature – both his love of God’s creation as well as his own gentle demeanor. 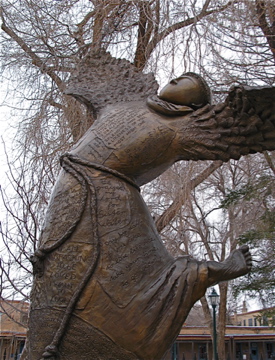 Who could fail to be drawn to the tender love he showed to impoverished beggars and diseased outcasts? The mythology around him includes encounters with ravenous wolves and birds spellbound by his preaching. His faith was integrated into everyone and everything around him. As such, no wonder he continues to attract so many admirers and followers.

My favorite statue of him stands in front of Saint Francis Basilica in Santa Fe, New Mexico. His figure pirouettes on one toe. Wings take the place of arms and the words of his Canticle of Creation are sketched across his robes. It is the embodiment of the saint’s delight in God’s creative love. One can’t help but be inspired by it.

His real-life story, however, is not one of frolicking and ease. After taking family money to rebuild the church at San Damiano, he hid in a cave for a month to escape his father’s wrath. Although he freely embraced a life of poverty, he experienced first-hand it’s exacting toll on mind and body. At the end of his life, he became ill and suffered greatly. Despite these hardships, Francis found joy in life and delight in the gifts of God’s creation. This is the legacy that has been handed down through the ages to those of us struggling to keep a foothold in the midst of stress, sorrow and difficulties. Although “The Prayer of St. Francis” is more widely known, I prefer his “Prayer Before the Crucifix” in which he asks for “…correct faith, a certain hope, [and] a perfect charity...” It speaks reams about this beloved saint’s humble and gentle heart. 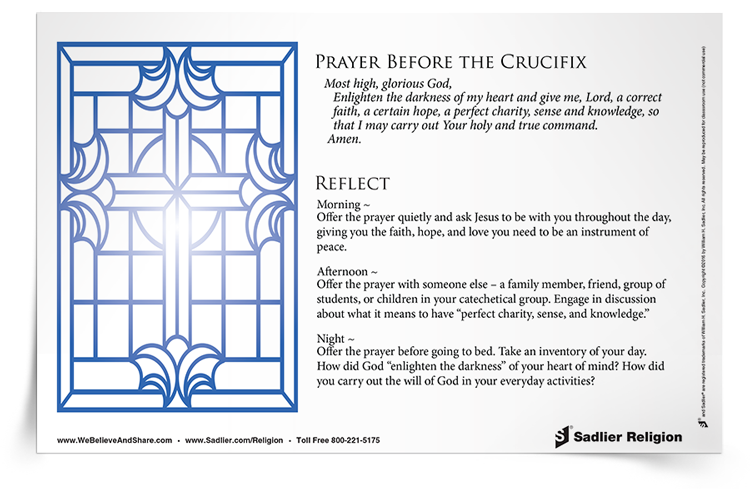 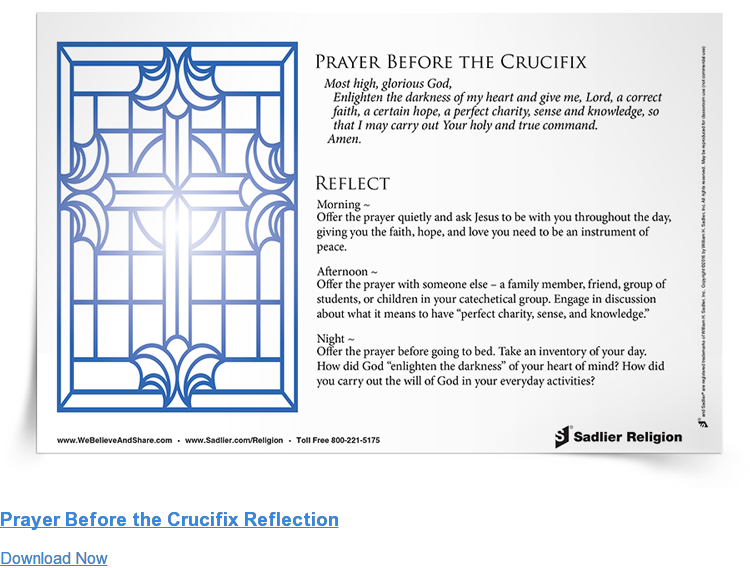 Image: The name of the artist is Monika Kaden.  Her statue is of St. Francis of Assisi Dancing on Water and represents a joyful, winged St. Francis seemingly taking flight from the suffering and sorrows of life.