Feast Days provide catechists and parents with a wonderful opportunity to introduce children to Catholic saints. In this article, you’ll discover a short biography and free printable intermediate activity that can be used to learn more about a popular saint for kids, Saint Blaise! Whether at home or in the classroom, these resources will help children celebrate the life and feast day of Saint Blaise. 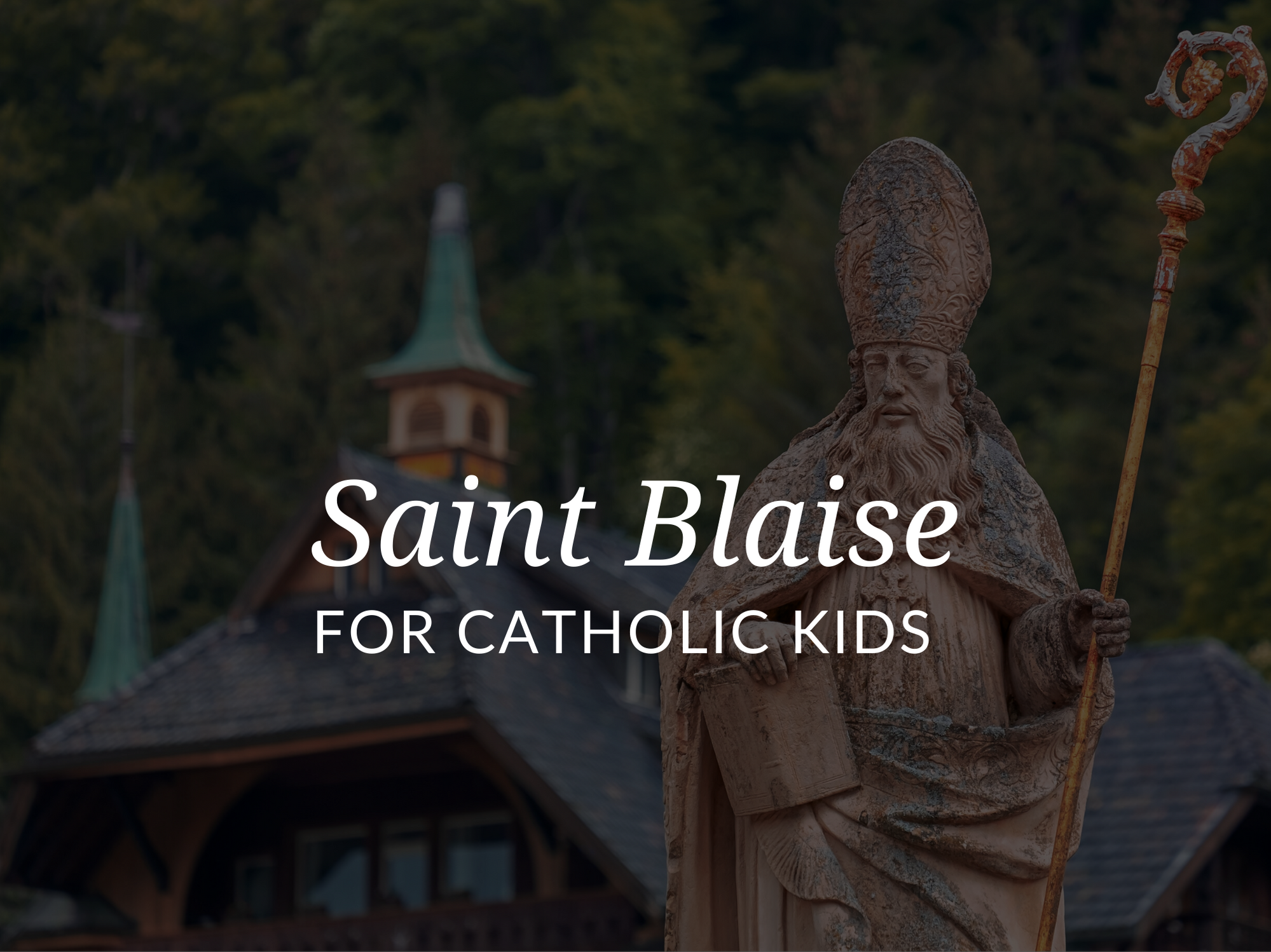 On February 3, the Church celebrates the feast day of Saint Blaise. Saint Blaise’s kindness demonstrated the positive impact that Christians could have on society. Download an intermediate activity that invites students to think about the ways in which being a Christian has a positive impact on their lives. 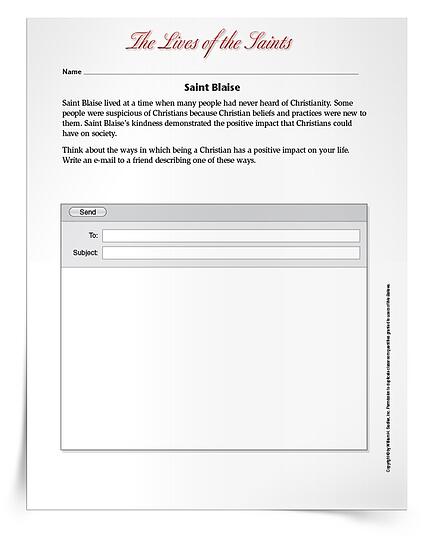 Saint Blaise was a bishop in the city of Sebaste, part of modern-day Armenia. Though the year of his birth is unknown, we know that he lived in the fourth century. He died in the year 316. An account of his life was written 400 years after his death. Many miracles are attributed to Saint Blaise.

During his life, Saint Blaise lived on the edge of the mighty Roman empire. The Roman empire was the most powerful force in the world during the time of Saint Blaise. Its territories included most of Europe, the Middle East, and North Africa.

During Blaise’s life, it took a lot of courage to be a Christian. There were periods in which Christians were persecuted by the Roman government. Some of the Romans were suspicious of the Christian faith. Because they did not understand the beliefs and practices of Christians, they viewed them as a threat to the empire. Many Christians were arrested and killed if they refused to give up the faith.

Saint Blaise’s kindness demonstrated the positive impact that Christians could have on society.

Blaise would have known Christians who had suffered for their faith. With other Christians, he honored the memory of the martyrs and prayed for the courage to keep the faith too. Yet Blaise also knew he could not live in fear.

Before he became a bishop, it is said that Saint Blaise was a physician blessed with healing power. As a bishop, Saint Blaise was responsible for encouraging the people of his diocese and he attended to the physical and spiritual needs of Sebaste.

When Licinius, the Roman emperor, ordered a new persecution of Christians, Blaise escaped from the city. He lived quietly in a cave until Roman soldiers found and arrested him. Blaise was thrown into prison. He was given the opportunity to give up his faith and worship the Roman gods, but he refused. As a result, he was tortured and beheaded.

While Blaise was in prison, he is said to have performed a miraculous healing. A woman had a son who was choking on a fish bone. She brought the boy to Blaise and asked him to help her son. Blaise prayed that God would heal the child, and suddenly, the bone became dislodged and the boy could breathe again! Blaise reminded the people who had witnessed the miracle to thank God for this sign of his love.

The feast of this popular medieval saint is celebrated in many ways around the world. Blaise always cared about the physical and spiritual well-being of others. Even as he faced terrible suffering, he offered to God the prayers and concerns of the people who came to him. Since we were all created by God, we too should care for and respect ourselves and each other.

Like Saint Blaise, we can share the Good News by being kind to other by what we say and do. Download an activity for Catholic kids to complete as they learn about Saint Blaise and celebrate his feast day on February 3.