Celebrate the Feast Day of Saint Nicholas of Myra

Saint Nicholas of Myra is one of the most popular saints in the world. He is most famous as the patron saint of children. But despite his popularity, we know little about Nicholas's life. Traditional accounts say that Nicholas grew up as the only son of devoted Christian parents. When his parents died, Nicholas inherited a large fortune. He decided to use this money to help people in need. He also decided to perform these acts of charity quietly, even secretly.

Today, Saint Nicholas is known as a gift-giver all around the world. But we no longer think of "Saint Nick" as a kindly bishop. Over the centuries and across the continents, we now know "Saint Nick" as "Santa Claus."

Download a primary activity in English or Spanish for Saint Nicholas to share with your students on December 6th. 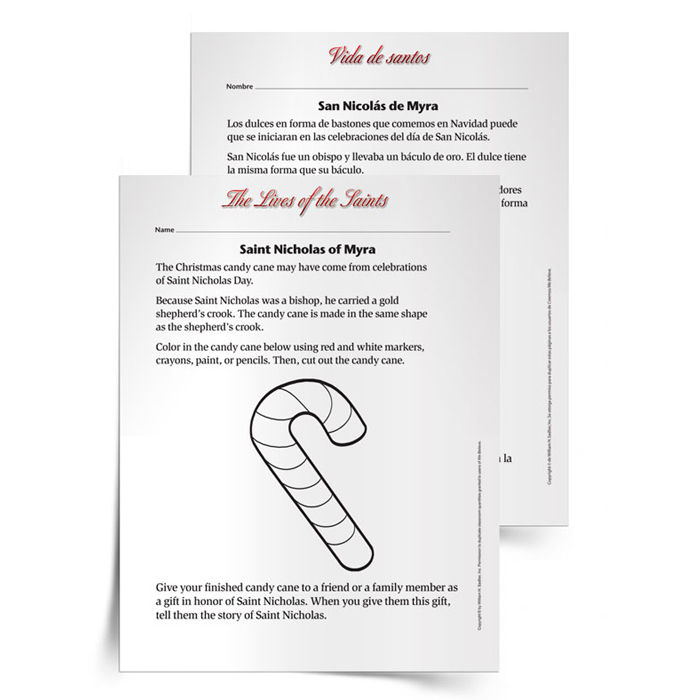