Honoring the Dignity of Every Human Being

“If we wish to make any progress in the service of God we must begin every day of our life with new eagerness. We must keep ourselves in the presence of God as much as possible and have no other view or end in all our actions but the divine honor.” - Saint Charles Borromeo 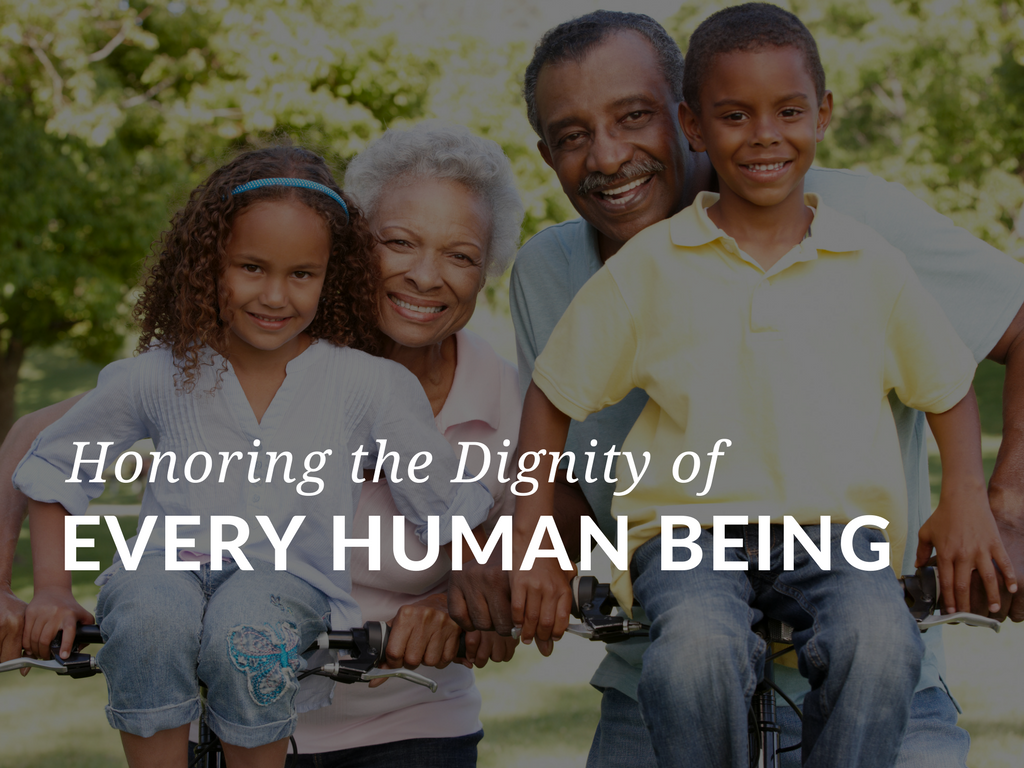 There have been days recently when it’s hard to embrace the “eagerness” that Charles Borromeo describes. A disturbing rise in the news about racism, xenophobia, and other forms of discrimination and hate is a drag on the heart and soul. I am still reeling from images of marchers in Charlottesville, Virginia - many of them young men - parading with torches and chanting racist and anti-Semitic slogans. A recent radio program on the event described how many of them are being radicalized on the internet in the same way as foreign terrorists. Aggrieved by a perception of discrimination because of being “white Christian males” they vent their anger and frustration at people of color, immigrants, Jews, and others whom they perceive as taking away their rights and privileges.

This is cause to reflect a bit more deeply on Charles Borromeo’s reminder to keep ourselves in the presence of God. It’s sage advice. Holding ourselves to honor in the divine sense means to respect the dignity of every human being and to cherish each as one of God’s beloved. My own temptation is to label and judge the torch-bearers whose actions and attitudes repel and disgust me. Even they, however, are worthy of the respect and dignity accorded to all people regardless of skin tone, country of origin, or religious tradition. I know this in my head; how to bring it into my daily life?

One way to do this is by staying close to others whose hearts are much more expansive than my own. Some of these are people within my circle of intimates – my husband and children, friends, coworkers, and members of my parish community. There are also those I don’t know personally but whose words and actions inspire and challenge me. Pope Francis. Malala Yousafzai. Desmond Tutu. They speak the truth about injustice and hate without demonizing anyone and honor through social witness the human dignity of others.

After the march in Charlottesville the U.S. Catholic Bishops issued a statement condemning the sin of racism and convened a committee to study the issue further. There is no doubt that the honoring of human dignity will be central to the pastoral letter that emerges from their work. It will nudge us even further to an eager embrace of God’s presence in and among all people and in the work we have to do together to respect and cherish one another. 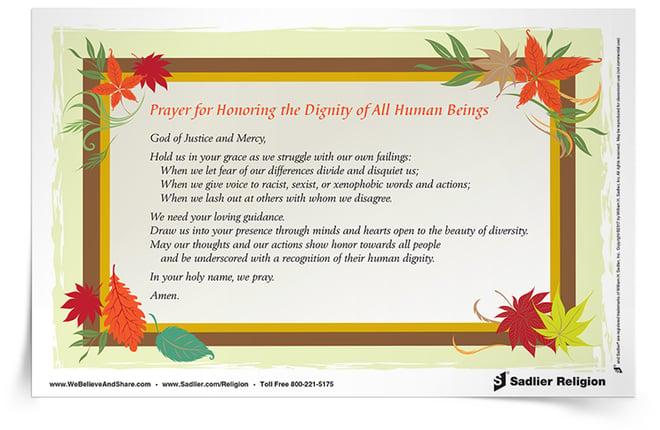