A young man grows tired of the hustle and bustle of urban life so he seeks a place in nature where he can live in quieter fashion. The silence in such a beautiful setting feeds his soul and he begins to cultivate a rich prayer life. Soon others hear about his venture and seek him out for his wisdom and counsel. They, too, yearn for a respite from too much noise and distraction. 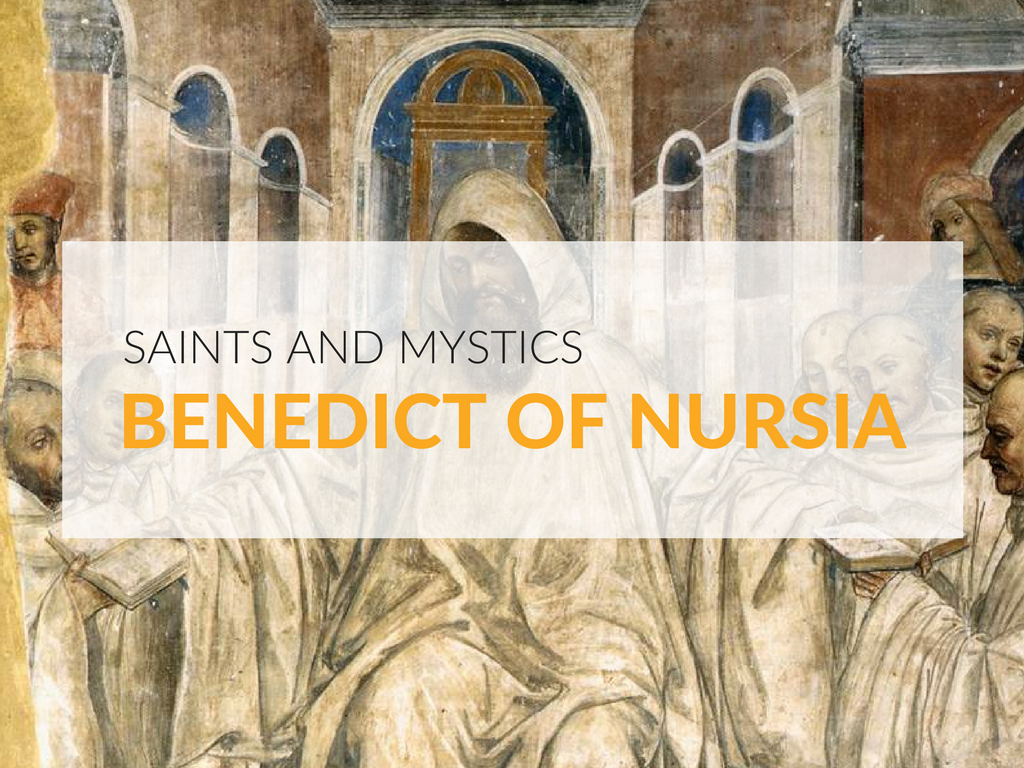 It sounds like a tale that could fit twenty-first century life, doesn’t it?

In fact, this is the story of Benedict of Nursia, the fifth century mystic who left behind his family’s wealth and the corruption of the city in order to seek a life devoted to prayer.

THE STORY OF SAINT BENEDICT OF NURSIA

For three years he dwelt in a cave located in the mountains near Subiaco, Italy. Assisted by a monk from a nearby monastery who brought food and clothing, Benedict lived in solitude. His life changed dramatically when the abbot of the monastery died and Benedict was asked to take his place. His reputation as a man of deep prayer and spirituality grew beyond the area of Subiaco and soon people from around the country began coming to him for spiritual guidance.

Late in his life, Benedict wrote a book known as the Rule as a way to draw together the wisdom of a monastic tradition that had been in place for over three hundred years.

His rule stressed the importance of living in community rather than in total isolation or as a vagabond. He also valued continuity and stability and the implementation of common practices that would further strengthen the communal bond. The walls of the monastery were not meant to close people in, however, but to remain open to the stranger.

Thus, one of the most vital aspects of Benedict’s Rule is not only to welcome the stranger but also to receive them as one would receive Christ. This is the essence of Benedictine hospitality.

WHAT WE LEARN FROM SAINT BENEDICT OF NURSIA

What does this look like for the majority of us not living in caves or monasteries and for whom daily life can be crammed with way too much noise, distraction, and the intrusiveness of modern media?

In her book, St. Benedict’s Toolbox, Jane Tomaine notes the need to make space around us and to keep ourselves centered in God. In doing so, we “become free to replace hostility with hospitality. Then we can welcome friends or strangers as Christ at that moment and receive the surprising gifts that they bring.”

This seems easy enough to do when sitting face to face with someone. It can be trickier when encountering drivers that cut us off on the highway or open up a social media page to find posts that run counter to our own political preferences and opinions.

One of the most striking things about the story of Benedict is his willingness to open himself to the challenges that were given to him.

Would he have preferred to stay neatly ensconced in his cave rather than taking on the leadership of a monastic community? Perhaps he would just as soon not have gained the kind of fame that drew people to his doorstep in search of inspiration.

The hospitable heart is one ultimately open to Christ and that means making ourselves vulnerable to change and challenge.

It also offers multiple opportunities to grow more loving, compassionate, forgiving, and generous. That’s a rule all of us can take to heart. 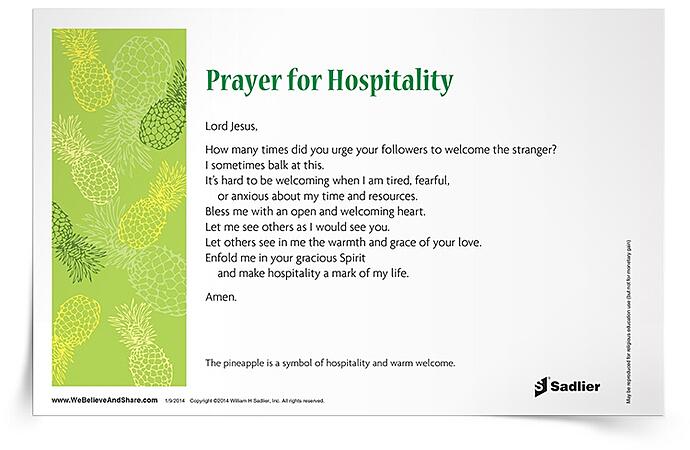 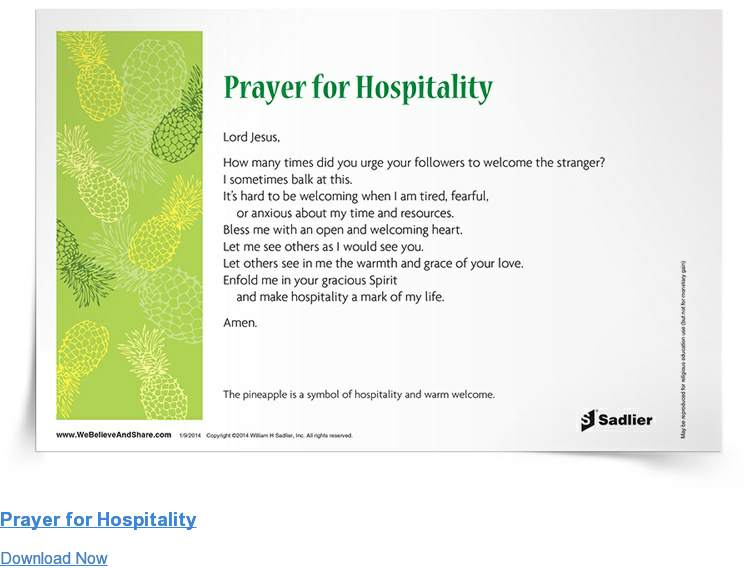