In this article, you’ll discover printable resources that can be used with Catholic kids to discuss and celebrate the diverse ethnic and cultural backgrounds of some saints and holy people. Plus, download the Saints of Color Mosaic ActivitiesKit in English or Spanish. 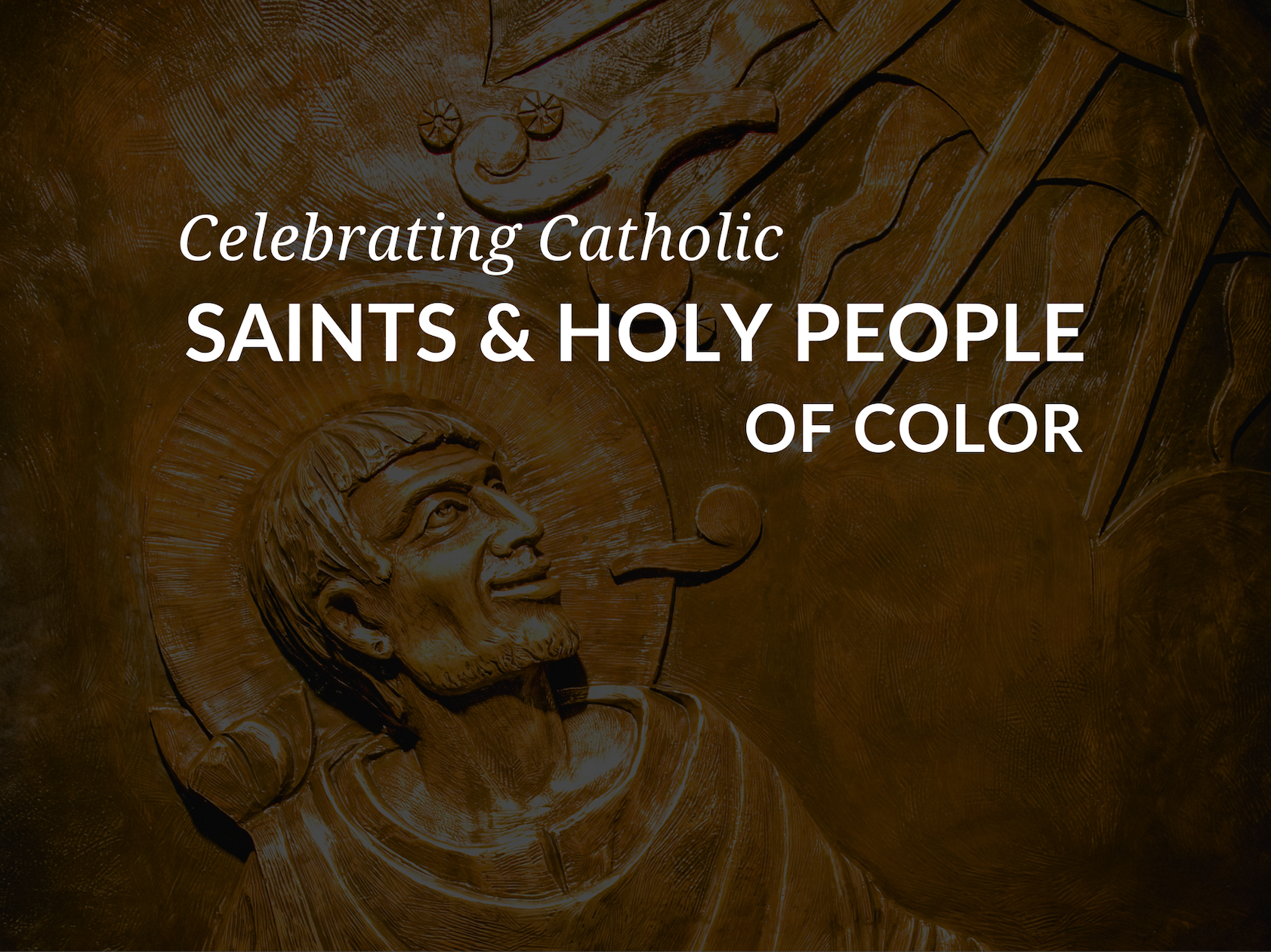 Activities for Celebrating Catholic Saints and Holy People of Color

The word Catholic means “universal,” and catholic is one of the four Marks of the Church. The Gospel message and the Church’s mission are for all people in every part of the world. Catholic Church membership includes people of diverse cultures from every country and race. The communion of saints reflects this universality and also this diversity.

Catholic Church membership includes people of diverse cultures from every country and race. The communion of saints reflects this universality and also this diversity.

Download a free Saints of Color Mosaic Activities Kit that is filled with activities that invite children to decorate mosaics depicting some Catholic saints and holy people of color. Learn more about these and other friends of God in the included short biographies in this post. Display finished mosaics as beautiful reminders of the diverse cultures that enrich our Catholic faith. 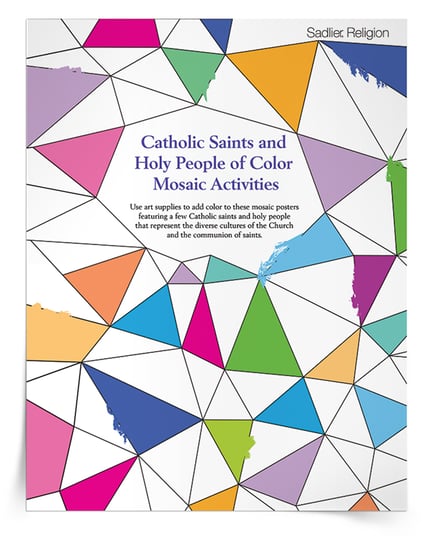 Kateri Tekakwitha was born in present-day New York, in the year 1656. She was orphaned when her family died of smallpox. Her mother was an Algonquin and a Christian, and her father was Mohawk. After their death, her guardians allowed her to receive religious instructions from Jesuit missionaries. After her Baptism, Kateri Tekakwitha made a long and arduous journey to a Catholic mission near Montreal, Canada, to avoid persecution for her faith in her village. When her life became hard, Kateri turned to God in prayer. She focused on helping others, sharing stories about Jesus, and doing everyday chores as acts of love.

Saint Martin de Porres, the son of a Spanish nobleman and a freed black slave, was born in Lima, Peru in 1579. At sixteen, Martin was accepted by the Dominican order as donado—someone who receives food and lodging in exchange for manual labor. At twenty-four, he made profession as a lay brother. Martin de Porres was a man of many gifts and talents, and he is remembered for his poverty, his humility, his gifts of healing, his care and concern, and his friendship with all, including the least of God's creatures.

Josephine Bakhita was born in Darfur, Africa around the year 1869. After a happy early childhood, Josephine was kidnapped and sold into slavery. She endured terrible experiences as a slave and was resold many times, eventually making her way to Italy. Josephine learned about God and was baptized and confirmed while staying with the Canossian Sisters in Italy. She became a Canossian Sister herself in 1896. Despite her suffering, Josephine considered and accepted each stage of her life as part of God's special plan for her. Josephine Bakhita’s story holds a special meaning to those who suffer and are oppressed in any way.

Saint Juan Diego - The First Saint Indigenous to the Americas

Saint Juan Diego was born Cuauhtlatohauc ("The eagle who speaks”) in present-day Mexico near Mexico City. After learning about Jesus Christ through missionaries, he baptized Juan Diego in 1524. One day in December, while he was walking to church, Mary appeared before Juan Diego. She was dressed like an Aztec princess and spoke to Juan in his own language to entrust him with an important task: asking the local bishop to build a church there.

Venerable Pierre Toussaint was born into slavery on the island of Haiti and died a free man in New York City. Despite lifelong discrimination, Pierre Toussaint had a successful business and did extensive charitable work, including caring for the sick and supporting education. He chose to devote his life to the service of others and shared his faith and the virtue of charity with all those he encountered. Pierre wanted everyone to experience the love of God through his kindness.

Alphonsa was born Annakutty in Kudamalur, India, in 1910. She was raised by relatives after her mother died when she was an infant. She had a strong religious vocation from an early age and took her vows in 1936. Her life was marked by illness, but Sister Alphonsa joyfully pursued her vocation and channeled her suffering toward growing in holiness. Since her death, many have prayed for and report being healed through her intercession. Her tomb has become a pilgrimage site due to these miraculous healings.

A granddaughter of slaves, Sister Thea Bowman was an African American woman who endured racism and inequality but who fought racial prejudice and promoted education and cultural awareness for those who were marginalized. She was an advocate for racial integration in the Catholic Church. She worked tirelessly to bring people together and lived her life as a disciple of Jesus Christ. Declared a Servant of God, Sister Thea Bowman is on the path to sainthood.

Andrew Kim Taegŏn was born in Korea in 1821, where it was illegal to practice the Catholic faith. Andrew Kim Taegŏn was the first native-born Korean to be ordained a priest and courageously did the dangerous work of secretly ministering to the brave community of Korean Catholics. He spent much of his energy making it possible for other priests and catechists to enter Korea before he was arrested and martyred.

The diverse backgrounds and experiences of the saints demonstrate that every one of us is called to be a friend of God. Holy people who are on the path to sainthood are inspirations to us as well. Pray for the intercession of these saints and holy people and learn more about the lives of more Catholic saints here.