Celebrate Father's Day with a Reflection on the Our Father

For years I have been getting up early to accompany Ron to his races. When our children were small, this entailed bundling them into the car and driving off, sometimes before dawn, to make it to the start of a marathon, 10K, or other running event. Once there I mingled with other mothers who were trying to keep their children entertained until their dads crossed the finish line. 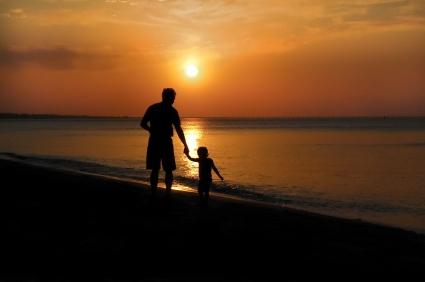 Over the years, the crowd of bystanders began to change. I started noticing more fathers in the crowd, taking care of restless children while waiting for the moms to cross the line. Just recently, I accompanied Ron to the Garden of the Gods 10K race, set amid the stunning rock formations of southern Colorado. Our children are grown and on their own, so I had time to sit in the car and journal while Ron warmed up in the early morning sun. Just ahead of us, I watched a father change his toddler’s diapers in the back of their mini-van. Then he donned a miniature backpack, stuffed with a pink blankie, and trundled his two sleep-eyed children up the hill to the starting line.

The image of this father and others who care for, protect, and love their children is a profound way to think about God as our Father. When teaching his disciples how to pray, Jesus draws upon the Aramaic word “Abba”, a warm and intimate way to address God. It is a far cry from the Greco-Roman gods who were distanced from the daily doings of humans. Instead, God is one who looks after us with affection and tenderness.

I can’t help but think that Jesus was drawing upon his own upbringing and the immersion into the Scriptures that Joseph must have taught him. While it is often said that the God of the Old Testament is mean and cranky, the texts themselves – those that Jesus grew up with – speak differently. Take, for example, Psalm 103: “The LORD is compassionate and gracious, slow to anger and rich in mercy (vs. 8). What better way to understand such love and compassion than through the picture of a caring dad, taking his children by the hand and guiding them gently into the morning light? 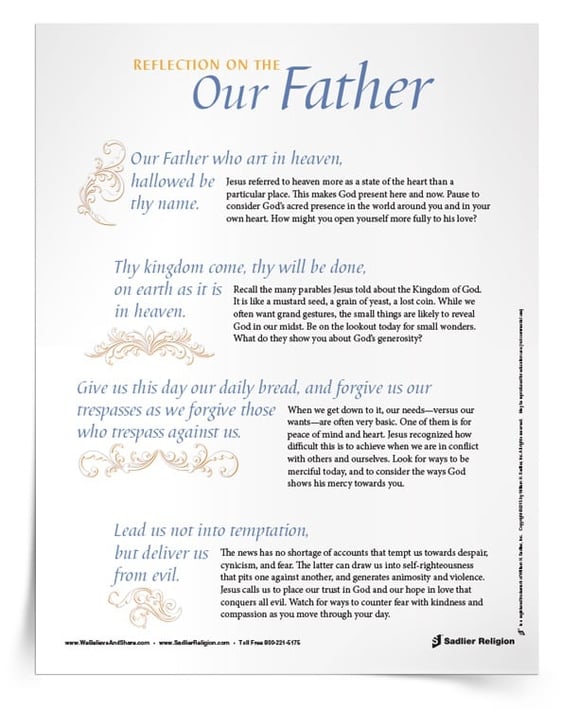 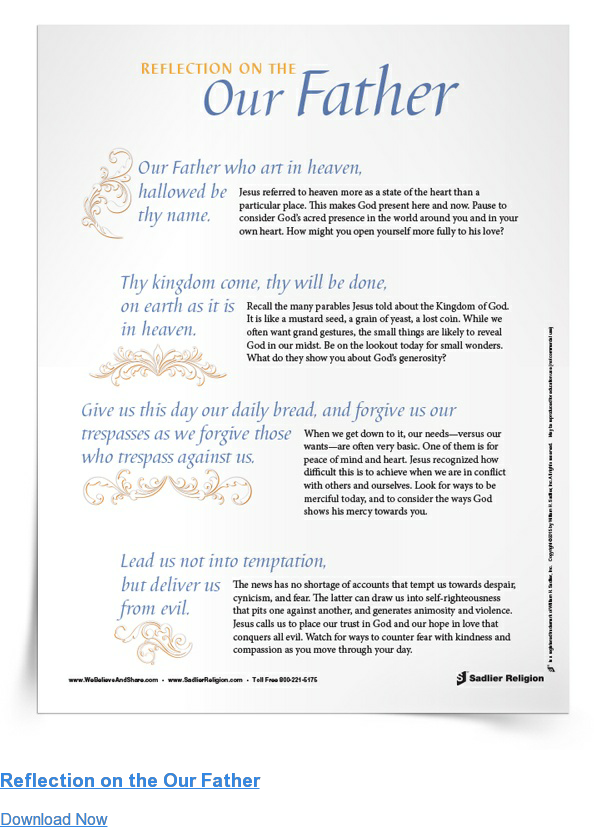