“May your life be filled with love, hope, and happiness as you continue your training. Thank you for your service, and good luck.”This message, addressed to a seminarian named Christopher, is signed by a student named Rachel and includes a drawing of a church.

It’s one of thousands of messages written by Catholic School children as part of the Seminarian Letter Project and sponsored by the New Jersey State Council of the Knights of Columbus.

ABOUT THE SEMINARIAN LETTER PROJECT

Founded in 2000 by John Tirado, the project provides inspiration to seminarians studying throughout the United States and in Rome. It also promotes vocations to the priesthood and strengthens students’ appreciation for the work and study undertaken by those answering the call.

Tirado is a recent recipient of the President’s Award from the National Catholic Education Association (NCEA). In describing the founding of the project, he noted the admiration he has held for priests since childhood and his desire to acknowledge the sacrifice they make on behalf of the Church. The seeds of the project quickly blossomed into a statewide effort. Tirado’s NCEA award has now given the project national exposure and is sure to inspire other Catholic school principals and teachers to adopt something similar.

One of the striking aspects of the project is the hand-to-paper exercise it entails. One seminarian who received letters while on a pastoral assignment described the delightful inclusion of colorful drawings that made the messages all the more inspiring. Each one provided encouragement and was sent with love and gratitude.

We often talk about the importance of pursuing our own vocations but often don’t give much thought to others doing the same. The Seminarian Letter Project is a wonderful show of gratitude for those who have discerned and answered a call to serve others through Sacrament of Holy Orders.

Download a support article about the Seminarian Letter Project to share with catechists and teachers. Article includes examples of letters children have written to seminarians. 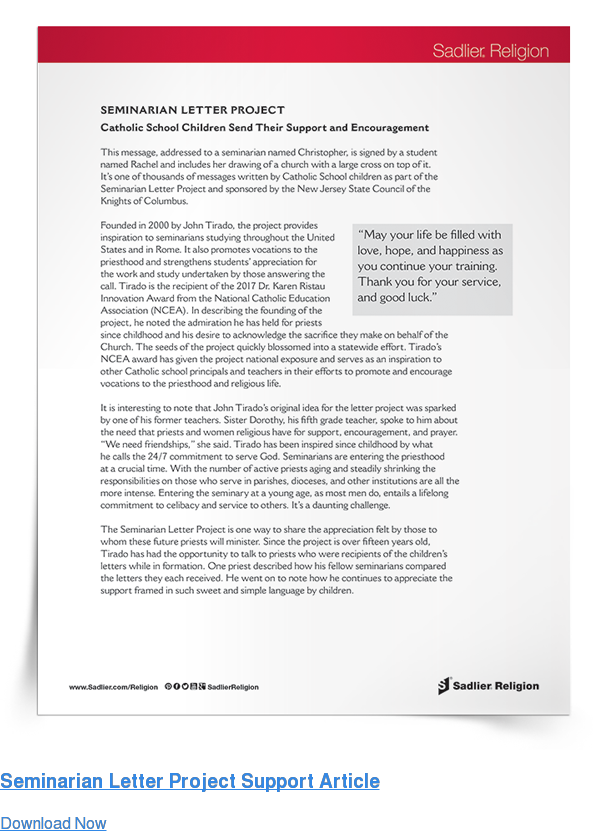 Taking this same concept, teachers and catechists might encourage their students to write letters to others who are serving out their vocations in various ways. Here are just a few possibilities for writing to…: 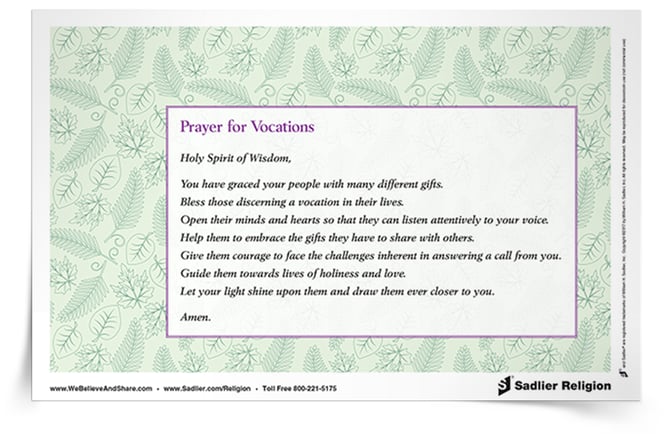 Hundreds of Catholic school and religious education students penned (and crayoned) letters to seminarians around the country to offer their support and prayers for their ministry. Photo courtesy of John Tirado