During Lent, I wrote about directing a day of retreat centered on the people of the Passion – those figures from Scripture who were present during the arrest, trial, and crucifixion of Jesus. Now I am preparing to revisit each of their stories as “part 2” of that retreat takes place. How might each of those characters changed between the time of Jesus’ death and the coming of the Holy Spirit? 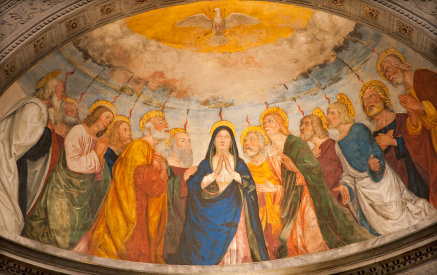 The Scriptures provide some ready answers for a few of them. Peter emerges from the experience with an eloquence and conviction that was a far cry from his early verbal gaffes and shameful denials. John is one of the eleven who convenes in the upper room. He probably escorted Mary as part of his promise to Jesus that he would provide for her. It is pretty safe to assume that Mary Magdalene was among “the other women” (Acts 1:13-14) who were also there. The mood among this group must have been electric. They had just witnessed the Ascension of Jesus and were told by him to stay in Jerusalem for the baptism of the Holy Spirit (Acts 1:4-5). Imagine the buzz of conversation, the telling and retelling of stories about Jesus’ apparitions, and the anticipation of what was to come.

It might also have been possible that Simon of Cyrene and the centurion who proclaimed Jesus as the Son of God were also present on that long-ago Pentecost. They might have stood among the crowd, drawn to the scene by the fierce sound of wind and of the disciples proclaiming the Good News in different tongues. Imagine their excitement at witnessing such an awe-inspiring event.

We celebrate the feast of Pentecost as the “capper” to the Easter season. It affirms who we are as the Church – the People of God called to spread the news far and wide of the mighty words and works of Jesus Christ. We may not have the gift of tongues bestowed upon the disciples, but we are endowed with the same grace and guidance of the Holy Spirit. Like those early disciples, we are called to put our own gifts to use each and every day for the realization of the Reign of God. It may not be as dramatic as the original Pentecost, but it is no less effective. Then, like Peter, we, too, can echo the words of the ancient prophet: “You have made known to me the paths of life; you will lift me with joy in your presence” (Acts 2:28). 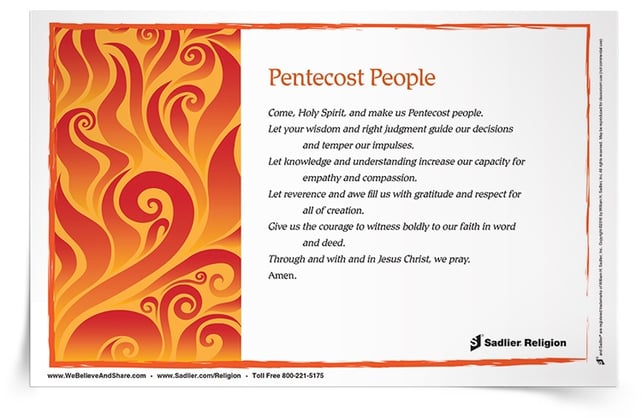