The Other Irish Saints

Six years ago I took off on a two-week visit to Ireland with my son, Eric. Ours was a counterpoint to the trek my husband, Ron, was about to take with our daughter, Anna. Eric and I figured that, while they were climbing to unbelievable altitudes in the Himalayas, we would be ambling from one peaceful spot to another. We were not disappointed. As we visited lyrical-sounding sites like Glendalough and the Ring of Kerry, we found ourselves slowing down as the trip progressed. One of our most memorable stops was the Rock of Cashel. According to tradition, this is where Saint Patrick converted Aenghus, the King of Munster, in the 5th century AD. On the afternoon of our visit, we sauntered among the ruins and then sat on the grass in one of those rare moments of Irish sunshine as the tourists came and went behind us. 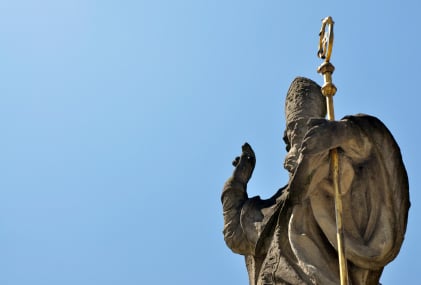 Patrick is one of three patron saints of Ireland. He stands alongside two others – Columba and Brigit. This holy trio exemplifies the rich beauty of Celtic spirituality. It is one characterized by a reverence for God’s creation, love of learning, honoring of silence and solitude, and the embracing of a missionary spirit. I have a particular fondness for Brigit because she served as a “soul friend” to many. In some ways, she may be considered the mother of spiritual direction as others sought her out for her wisdom and insight.

As I look back on it, our amble through the Irish countryside was a way of living out Celtic spirituality. Time slowed down to the degree that we were able to while away an entire afternoon just watching the clouds drift by. I wish I could say I have retained that mindset since our return from the Emerald Isle but my schedule quickly resumed its fast pace. When I want to retreat a little from present-day realities, however, I call upon those sweet days with my son. In doing so, I draw upon the example of long-ago saints to Jesus’ lovely invitation: “Come away by yourselves to a secluded place and rest a while” (Mark 6:31).