Halloween and All Saints' Day

The neighborhood is starting to light up. Orange lights are strung across porch railings and pumpkins, scarecrows, and witches are perched along curbsides. One household erected a fake cemetery in their front yard while another strung a huge spider web between two enormous pine trees. It’s beginning to look a lot like Halloween. 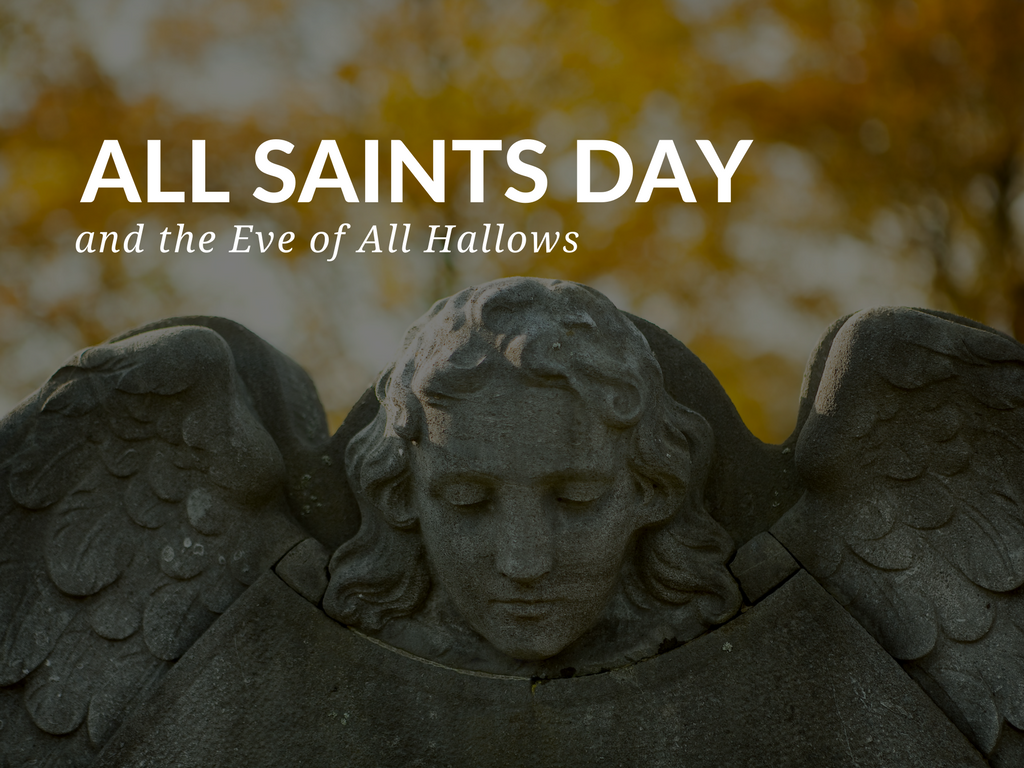 I can’t say I ever got into such elaborate decorating, other than setting out a jack o’ lantern or two. Nevertheless, I have a deep affection for this holiday.

As a child, it was magical to run around the neighborhood, dressed in a cheesy costume and seeing how much candy I could haul home before my trick-or-treat bag burst. As a teacher, it was fun coming up with art projects and games to match the holiday festivities. And as a parent, I took delight in accompanying my children as they raced from house to house. There was something festive about being out among neighbors in the dark of night.

Despite its name, Halloween pre-dates All Saints Day. Originating with the ancient Celts, October 31 was a day to both celebrate the year’s harvest as well as to honor the dead. As Christianity took hold, the autumnal observance took on sacred meaning from the Church’s celebration of All Saints Day, originally celebrated in May.

By the 7th century, these two ancient holidays were merged, making the Eve of All Hallows a time to both acknowledge the passage into death and to celebrate those who have passed into Eternal Life.

These days I am more drawn to All Saints Day than Halloween. This seems natural since I now have so many family members and friends who have joined the Communion of Saints. When sleep won’t come due to a mind racing with anxiety, angst, or overload, I find comfort in this sacred circle. Memories flow over me and I breathe their names in a silent litany. It’s another ritual played out in the dark, one that brings comfort, peace, and a rich feeling of blessedness among those whose presence lingers despite the worlds that lie between us.

This year, remember to keep All Saints' Day a focus as you participate in pumpkin-filled festivities at home or in your parish. 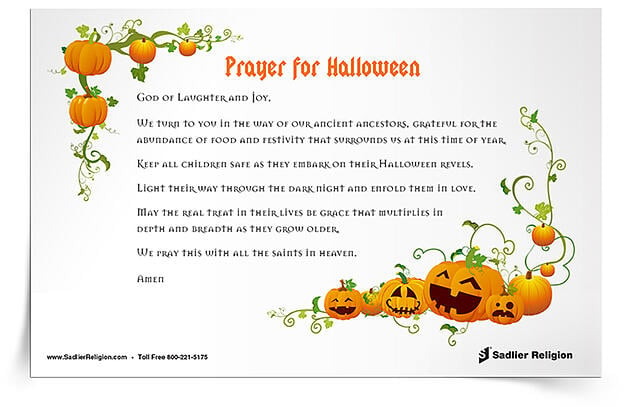