Stations of the Cross Meditations

The origins of the Stations of the Cross stretch back to the Crusades when, as a result of the conquering of the Holy Land, Christians began making pilgrimages to the sacred sites where Jesus lived, suffered, died, and rose from the dead. When travel to these places became either impractical or undoable, due to the recapturing of Jerusalem by the Muslims, the practice of walking the Stations of the Cross took hold. Today, churches, monasteries, and retreat centers have various ways of depicting the Stations through paintings, sculpture, or stained glass.

Stations of the Cross Meditations 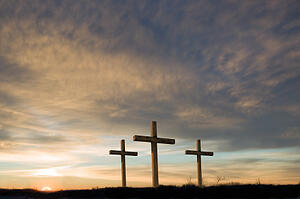 The meditations for this prayer practice also vary as the tragic walk from condemnation to the cross unfolds. As pilgrims on a journey of faith, we use the Stations of the Cross to reflect on the ways we, too, suffer humiliation, rejection, suffering, and death. This makes the Stations more than a historic re-creation of Jesus’ walk to Golgotha. The prayers draw us into considering how Jesus accompanies those who suffer in today’s world. Thus, the injustice of being arrested and falsely accused, the pain of enduring mockery, torture, and being forced to carry the means of one’s own death, the grace of small acts of compassion in the midst of an agonizing climb, and the surrender of heart and soul to God’s infinite mercy all draw us into a story that is as contemporary as it is ancient.

The Stations of the Cross are one of many spiritual practices that we can undertake as a way to make our way through Lent. Following in the footsteps of Jesus, we can seek ways to find and extend mercy to those who shoulder heavy loads. We can fast from destructive, cynical, or critical thoughts and behaviors, and embrace ones laced with gratitude, humility, and compassion. And we can pray for understanding and generous hearts so that we emerge from Lent changed for the better.

Download my complimentary Stations of the Cross Meditations and use them with your family or class! 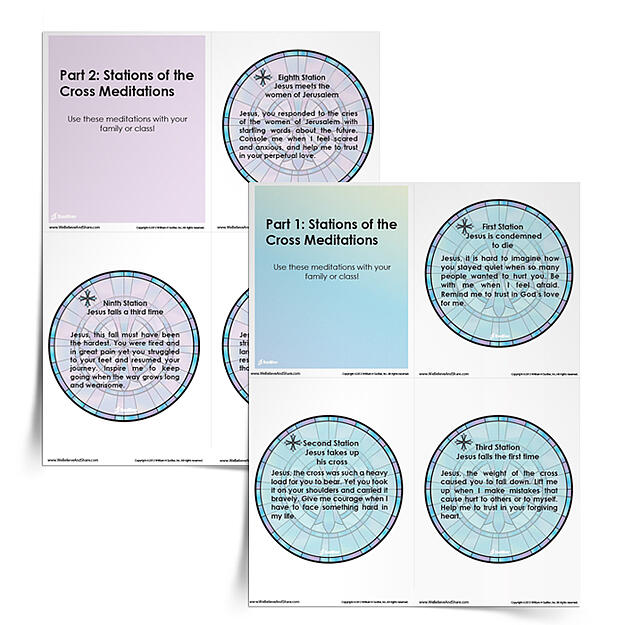 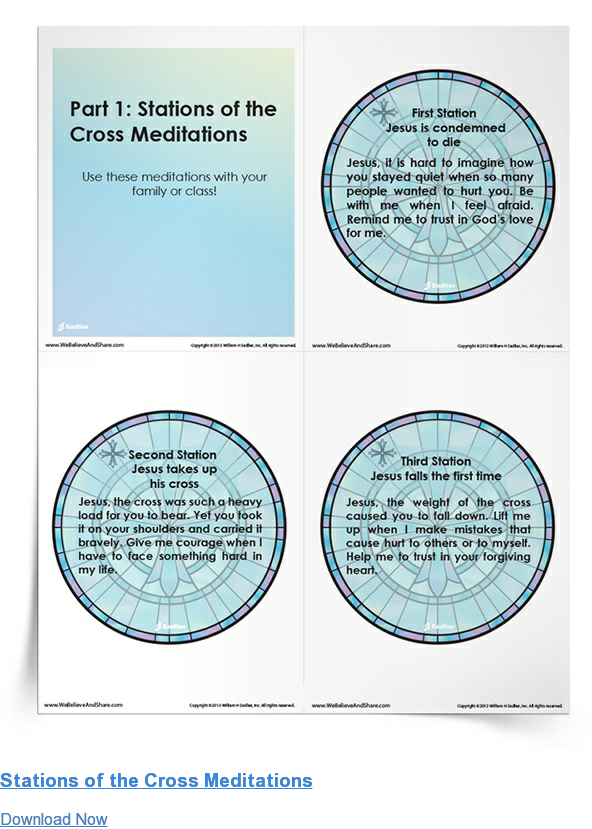