“Forgive and forget.” Anyone who has labored with a massive load of hurt and injury understand how difficult this advice is. How does one forget sustained abuse, genocide, or the denial of one’s very humanity? Survivors of the Nazi holocaust counsel against forgetting, lest we humans engage in something equally as horrific.

The singer/songwriter, Michelle Shocked, has altered the formula slightly. “I forgive to forget,” she writes. In a radio interview several years ago, she explained how the origin of her song stretched back to childhood. On a recurring basis, her mother would take her to church and plunk her down in the front row. When it came time for public confession, young Michelle would be spotlighted as the cause of her mother’s sin and shame because of her out-of-wedlock status. It’s a story of cruelty made all the more heartbreaking by a mother’s rejection of her own child. Shocked’s response, made years later, was to forgive in order to forget the undeserved shame placed upon her. By forgiving her mother, she could move on and find relief from old and torturous memories.

In my work as a spiritual director, I often hear similar stories. It has reframed my understanding of forgiveness and given me a new appreciation of the empowerment it offers. Rather than making ourselves punching bags for the neuroses of others, we forgive in order to release the power someone has to keep hurting, harming, or shaming us over and over again. No wonder that Jesus counseled unlimited forgiveness.

The root of the word forgive means “to let go, to give back, to cease to harbor.” By forgiving to forget we find better ways to channel our emotional energy. Lent is an especially appropriate time for forgiving. Doing so brings us in touch with the self-emptying that comprises part of the season’s intent. When we let go, we discover a way to find rest and respite from our judgments and resentments. Theologian Lewis Smedes notes that a healed memory is not a deleted one. Instead we are given a new way to remember by changing past hurts into a hopeful future. 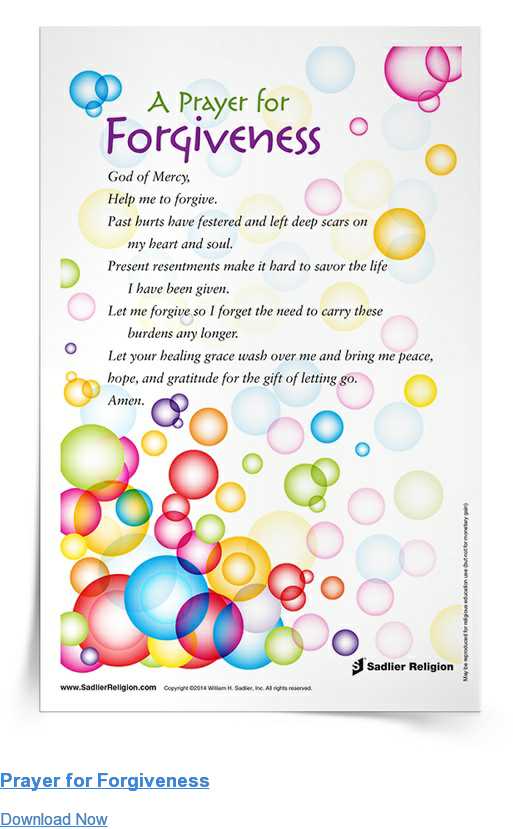