As the winter Olympic Games in Sochi were wrapping up, the television network played its requisite montage of memorable moments. Skiers, snowboarders, and skeleton-racers soared to new heights and speeds. Then there were the “agony of defeat” moments, none more poignant than U.S. figure skater, Jeremy Abbott, who crashed into the boards during his short program. In obvious pain, he got up and, encouraged by the cheering audience, finished his routine. He garnered no medals for his efforts, but looked elated by his personal triumph.

The other day I watched my husband walk slowly up the hill to our house after another of his lengthy training runs. It was a bitterly cold day but he ran anyway. Over the years I have been both baffled and impressed by his initiative. The only way he maintains such a rigorous routine is by, in his words, “ignoring how he feels.” This isn’t about his physical needs. He monitors injuries with great care. Rather, it’s about his mental state. If he doesn’t “feel” like running, he does so anyway. This seems to be the secret to good self-discipline.

Poor as I am with sports metaphors, I have used Ron’s mantra to encourage those trying to engage in a spiritual discipline. With Lent now underway, it’s a good reminder of the kind of initiative needed to move through six weeks of “penance, prayer, and almsgiving” – the three traditional practices of the season. Ignoring how we feel when the weeks wear on is probably the only way to keep from giving up entirely or backsliding into the dreaded spiritual malaise called acedia. Saint Paul had his own sports analogy for the discipline required of a Christian: “…This one thing I do: forgetting what lies behind and straining forward to what lies ahead, I press on toward the goal for the prize of the heavenly call of God in Christ Jesus.” (Philippians 3:13-14) Whether it’s running a mental marathon or simply trying to recover from a painful fall, pressing on toward the goal is what spiritual initiative is all about. 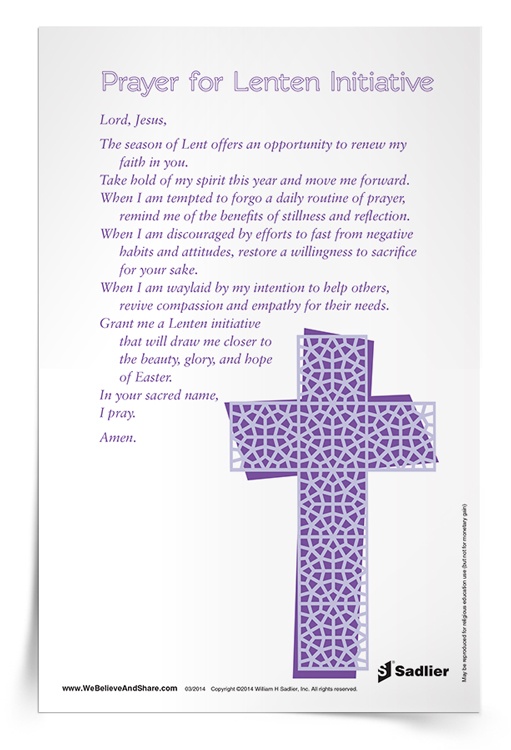